Judge backs use of Taser on man

A judge said deputies in Northwood did not use excessive force when they repeatedly deployed stun guns against a violent suspect who died after their 2013 confrontation. 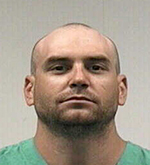 The lawsuit claimed Worth County Deputy Shayne Hoch “punitively and sadistically” shot Zubrod with a Taser, a brand of stun gun, at least 10 times while lying on the floor of a residence on Fourth Street North.

Worth County deputies John Smith and Issac Short were sued for allegedly not stopping Hoch. Former Worth County Sheriff Jay Langenbau and Worth County also were defendants in the lawsuit.

Williams ruled that Worth County deputies were justified in using Tasers because Zubrod actively resisted arrest after using a hammer to severely wound his girlfriend. Williams said Zubrod posed a threat to the woman and the deputies until he was handcuffed.

Williams said there’s no evidence that deputies stunned Zubrod after he was cuffed, or that they were aware Zubrod was high and mentally ill. He said the jolts were at most a contributing factor in Zubrod’s death, which an autopsy said was caused by a heart condition and methamphetamine abuse.