Memorial services for Lucille Lange will be at 11 a.m. Wednesday at Bayview/Freeborn Funeral Home. The Rev. Don Malinsky will officiate. Interment will be at Graceland Cemetery. Visitation will begin at 10 a.m. until the time of the service on Wednesday. Online condolences are welcome at www.bayviewfuneral.com. 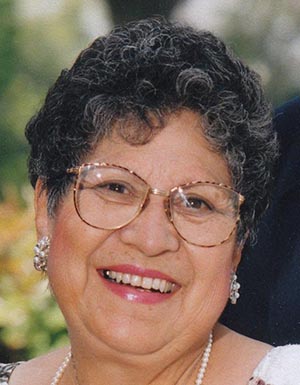 Lucille Lange was born Jan. 22, 1929, in San Antonio, Texas, the daughter of Joseph and Selema (Garza) Riojas. Lucille grew up and attended school in Texas. On April 2, 1948, Lucille was united in marriage to Charles F. Lange in Texas. In 1954, Lucille and Charles moved to Minneapolis and she had lived in Albert Lea for the last 21 years. She enjoyed gardening, antiquing, collecting jewelry, cooking and dancing. Lucille was a wonderful wife, mother and friend to all. Her family was the love of her life.

Survivors include her children Joseph of Northfield, James (Kathy) of Edina, Everett of Edina and Vonda (Dick) Rocklin of Albert Lea; many grandchildren and great-grandchildren; and brother, Lawrence (Mary Jane) Riojas of California.

Lucille was preceded in death by her parents; husband, Charles; and sisters Mary and Josephine.

In lieu of flowers, memorials are preferred to donor’s choice.