A memorial service for Martha “Marty” King, 74, of Clarks Grove, formerly from Clinton, Iowa, will be at 4 p.m. Monday in the conference room of Country Inn and Suites in Albert Lea. Graveside services will take place in Clinton later this spring at a time yet to be announced. 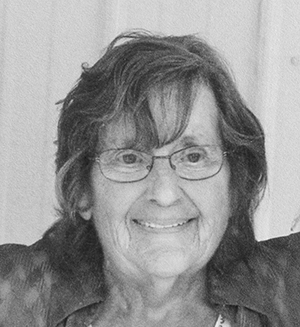 Marty was born Sept. 12, 1942, in Dewitt, Iowa, to Harold and Edna Betts. She had one brother, Fran, and three sisters, Sue, Betty and Carol. She attended the Dewitt school system.

She waitressed at Circle G where she met David H. King. The couple were married on Feb. 15, 1966. They lived in Clinton for many years until they moved to the southern Minnesota area in 1983 before eventually settling in Clarks Grove.

Marty enjoyed doing a wide range of things from baking, collecting angel and wolf figurines — as well as other items — and team driving later in her life with her husband, David, in their semi tractor. Marty had her own commercial driver’s license.

Marty raised six children and many animals, including several raccoons, while farming in her earlier years. Many grandchildren and great-grandchildren have also been a large part of her life.

Marty is survived by her six children, Tommy King of Clarks Grove, Rebecca King of Freeborn, Jerry King and his wife, Terry, of Albert Lea, Dale King of Minneapolis, Wanda German and husband, Jessy, of Delavan and Vickie King and her friend, Allan, of Leland, Iowa; several grandchildren and great grandchildren; sisters Sue Claussen and husband, Tom, of Clinton and Carol Smith and her husband, Curt, of Maquoketa, Iowa; and several nieces, nephews and cousins.