Memorial services for Marvin J. Nelson of Albert Lea will be at 2 p.m. Monday at the Bonnerup Funeral Service chapel. The Rev. John Holt will officiate. Friends may greet the family one hour prior to the service. 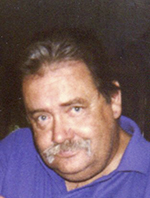 Marvin was born May 28, 1941, in Twin Lakes, the son of Jon and Martha (Hovland) Nelson. He attended public school in Albert Lea.

On Nov. 9, 1967, he was united in marriage to Colleen Doyle at St Theodore Catholic Church in Albert Lea.

Marvin was a Freeborn County resident most of his life and was employed by Land O’Lakes, Wurlitzer Piano in Chicago, Freeborn Foods, city of Albert Lea, drove truck for Midland Dairy and most recently was self-employed as a painter.

Marvin was preceded in death by his parents; brother, Knute Nelson; niece, Donna; and nephew, Keith.