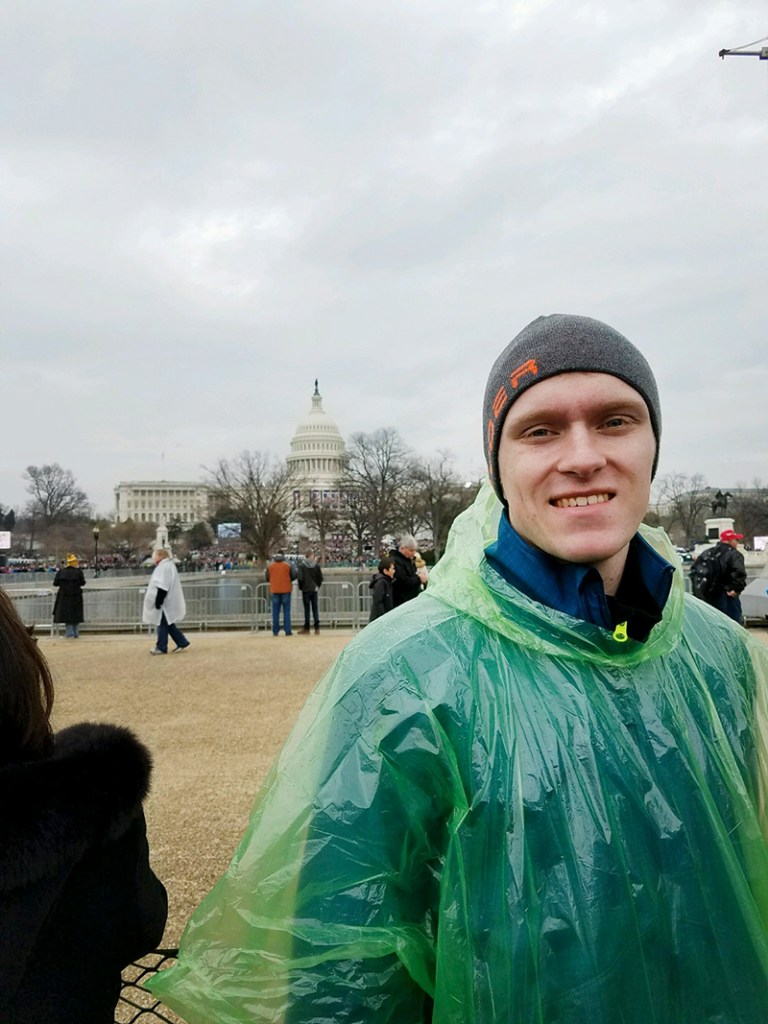 A New Richland man who attended Pres. Donald Trump’s inauguration on Friday described the event as surreal but one that gave him pride for the nation.

Cole Ignaszewski, 19, was one of 45 4-H’ers from Minnesota to attend the event. His mother, Tracy, the Steele County 4-H program coordinator, was a chaperone.

“It hasn’t really hit me yet that I was actually standing there, actually taking part in this historic event,” he said Friday afternoon.

Ignaszewski, a freshman at Iowa State University who belongs to the Steele County 4-H program, said the process to get a ticket to the inauguration began last June when Minnesota state 4-H was awarded the tickets from U.S. Sens. Amy Klobuchar and Al Franken. The 4-H’ers went through an application process and phone interview, and then found out in July if they were selected to attend.

Ignaszewski, who graduated from NRHEG last year, said he and the other 4-H’ers arrived in the Washington, D.C., area on Tuesday. They took part in a leadership conference with other 4-H’ers from across the country, toured historical monuments, attended the inauguration and were planning to attend a dinner cruise on the Potomac River on Friday evening before flying back to Minnesota on Saturday. Of the 25 states represented, Minnesota had the largest delegation, he said.

The day of the inauguration, he said the group left the National 4-H Conference Center in Chevy Chase, Maryland, at about 5:45 a.m. and went downtown, where they had to go through security. Once they were finished with that, he said it was about 7:15 or 7:30 a.m. and they waited for the inauguration to begin.

Though they were pretty far from the Capitol building during the inauguration, he said they could see what was happening on big screens.

Ignaszewski said he had goosebumps three times as he stood with thousands of other people in attendance — twice during songs and once when Trump was speaking.

Before the trip even took place, he said he had supported Trump, though he would have attended no matter who won the election.