NRHEG dominates from the tip, wins big over USC 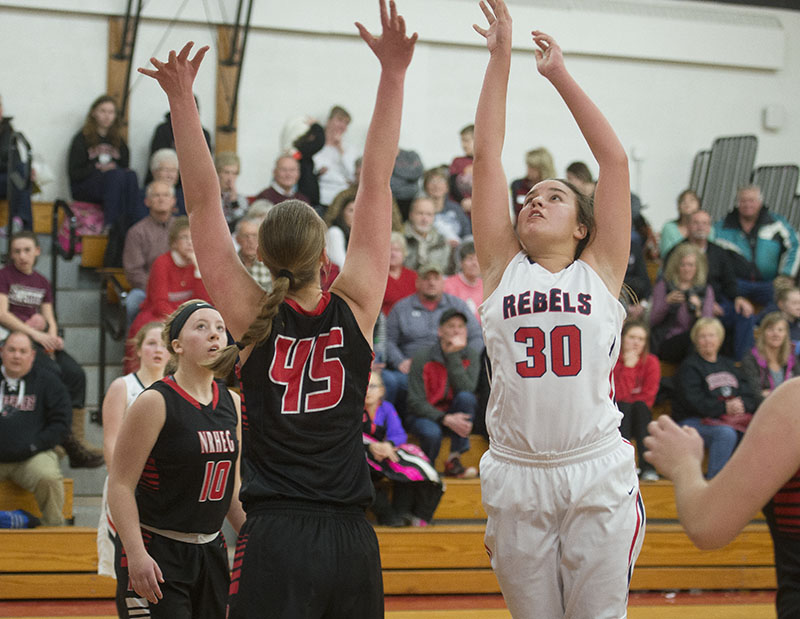 Leading scorers for the Panthers were Kayley Camerer with 16, Maddie Wagner with 14, and Rachel Collins and Betsy Schoenrock with 10 points each.

“Everyone worked hard, ran when we could and attacked the basket,” NRHEG coach Onika Peterson said. “It was a great win at home.”

United South Central statistics had not been turned in as of press time.

The Panthers, now 8-5 overall and 5-0 in the Gopher Conference, were set to play Byron in the Hayfield invitational on Saturday. Those results will be in Monday’s Tribune. The Rebels, now 6-6 overall and 1-3 in the conference, will go on the road to play Medford at 7:15 p.m. Monday.