Panthers continue to stay perfect with win over Cardinals 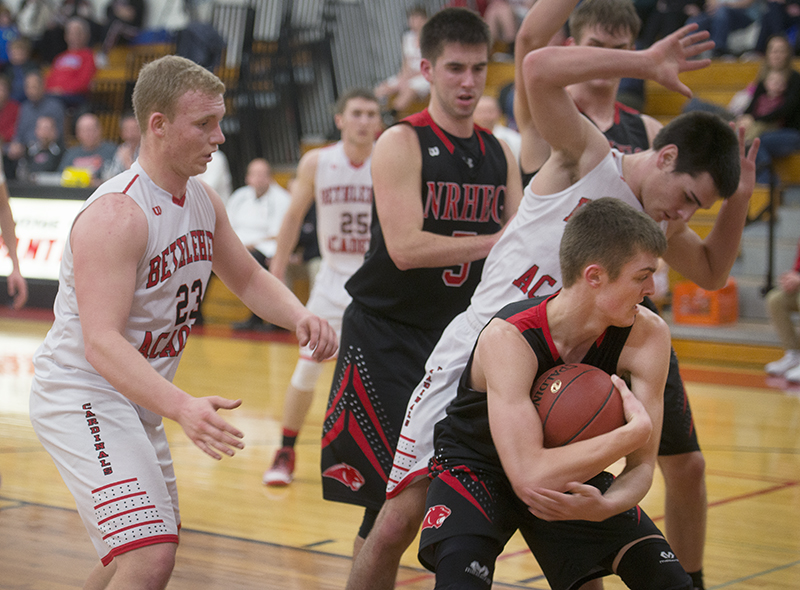 NEW RICHLAND — It came down to the wire, but the Panthers remain undefeated so far this season.

Panthers guard Oakley Baker came out strong from the start, scoring 12 of his 18 total points in the first half. The senior also grabbed a total of eight rebounds on the night.

“This was a hard fought basketball game tonight,” NRHEG coach Pat Churchill said following the game. “It was back and forth for the first 10 minutes of the game with neither team getting much of an advantage, but with five minutes left in the first half the Panthers were able to push the lead out to 10 points.” 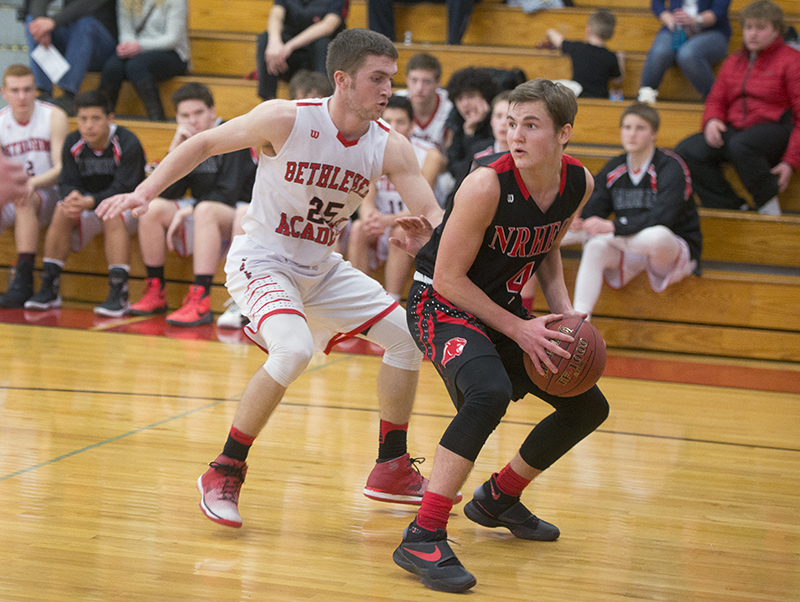 NRHEG went into halftime leading 34-24. Once back on the court the Panthers didn’t lead more than six points, until the final minute of the game when the Cardinals started to intentionally foul NRHEG in order to stop the clock.

“(Bethlehem Academy) is a really disciplined team, they don’t turn the ball over and they play solid defensively and get you out of rhythm on offense,” Churchill said. “The second half, the lead never got below six points.  BA would make a little push but we would answer and keep our lead.”

Junior guard Benji Lundberg was an offensive leader in the second half, with Churchill crediting him with making clutch shots to maintain the Panthers’ lead. Lundberg had 17 points on the night for NRHEG.

Other scorers for the Panthers were Tyler Raimann with eight, Chad Agrimson and Sam Prigge with five each, Brady Agrimson with four and Jason Jongbloedt with two points on the night.