Pressure gets to Tigers as Cougars wear them down 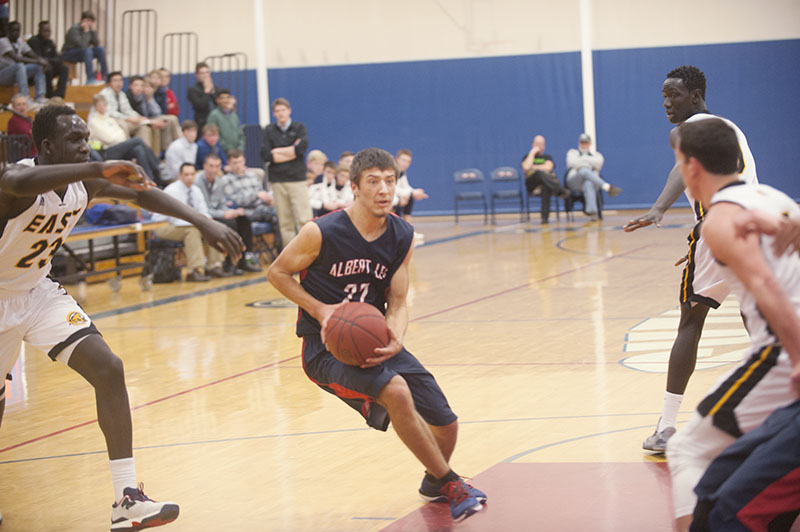 Albert Lea’s Sean Wadding gets past Mankato East’s Uhana Ochan on his way to the hoop during the first half of Friday’s game. Jarrod Peterson/Albert Lea Tribune

The Albert Lea boys’ basketball team played with a lot of energy through the first 11 minutes of Friday’s game against Mankato East.

Seniors Jack Buendorf and Tanner Wichmann did all they could to keep the Tigers in the game, but the Cougars eventually wore them down to win 73-43

Wichmann kept the Tigers close in the first half by scoring 15 points.

But then the defensive pressure by the Cougars slowed down the Tigers’ momentum and started to force turnovers.

Mankato East inched its way back into the game and into the lead, taking it with 7:09 left.

The Cougars would end the first half on a 24-9 run thanks in large part to the turnovers they forced. 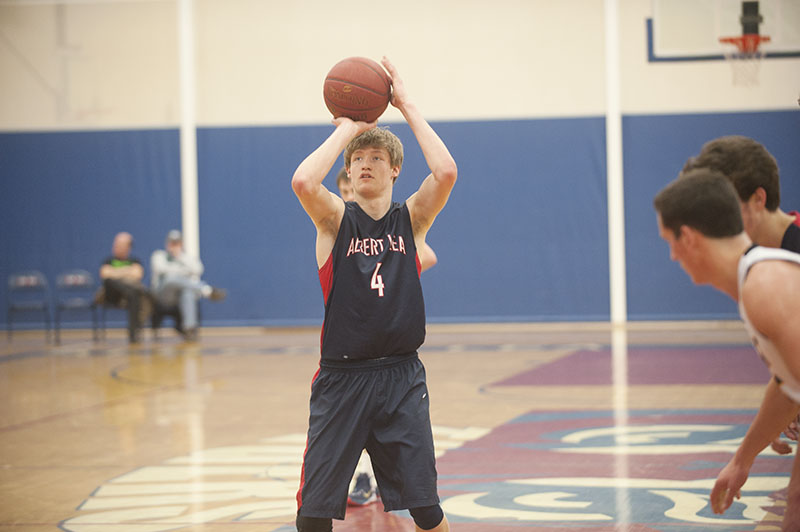 What was once a promising start for the Tigers turned into a 16-point deficit, 40-24, at halftime.

Things didn’t get much better in the second half for Albert Lea.

Mankato East seemed to turn the pressure up even more and was able to get out in transition for layups. The lead quickly expanded to 20 points, then it hit 30.

If the Tigers can find any silver lining in the loss, it was that they ended the game on a 7-2 run.

Wichmann led the Tigers with 18 points, but scored only three points after halftime, and Buendorf added nine points.

The Tigers remain winless on the season and are now 0-9.