Richard D. Kellogg, 82, of Austin passed away Thursday, Jan. 12, 2017, at his winter home in Cathedral City, California, from complications of heart failure.

Richard Duane was born in Austin to Kenneth and Olga (Oscarson) Kellogg. In 1951 Dick began his 40 year career with Hormel Foods Corp. He entered military service during the Korean War in the United States Navy. Following his honorable discharge he returned home to Austin and continued his work with Hormel. 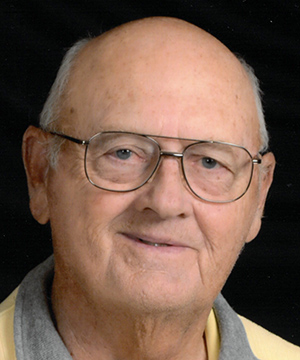 Dick was united in marriage to Mary Ann Keller on Feb. 14, 1959, at First Baptist Church in Austin. Dick and Mary raised their two daughters and resided in Austin their entire married life. Dick was an avid golfer. In his retirement he continued to enjoy his love of golf, as well as his travels in the motorhome. Dick treasured time spent at his home in California and absolutely loved his family. He was a “friend of Bill” for 50 years.

Memorials services will be at 1 p.m. Saturday, Jan. 21, 2017, at First United Methodist Church in Austin. The Rev. Dennis Tamke will officiate. The Kellogg Family will greet friends from 5 to 7 p.m. Friday at Worlein Funeral Home, and one hour prior to the service at the church on Saturday.

In lieu of flowers, memorials are preferred to the donor’s choice.