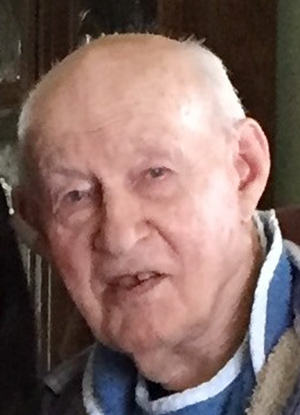 Roger Raymond was born May 28, 1926, the son of Walter and Ann (Schultz) Swenson near Walnut Lake, south of Wells. He grew up on farms in the Wells area and attended Alden and Albert Lea schools. Roger left school to work and help provide for his mother and three brothers.

He served his country in the United States Army in the south Pacific. Upon his honorable discharge, he came back to Minnesota and worked for Land O’ Lakes. Roger was united in marriage to the love of his life, Erma B. Weirum, on Aug. 16, 1951, in Sioux Falls, South Dakota. To this union one son, Kevin, was born. The couple made their home in Alden.

Roger loved to play cards, travel, fish and spend time at the family cabin in Spicer. Roger enjoyed going to auctions, farming, and raising pigs. Most especially, he enjoyed running the combine, picking corn and having a beautiful, weed-free garden. He was a member of the American Legion for over 64 years.

The family wishes to thank all the hospice staff and volunteers and Veteran’s Affairs.