Students to present the musical ‘Annie’ 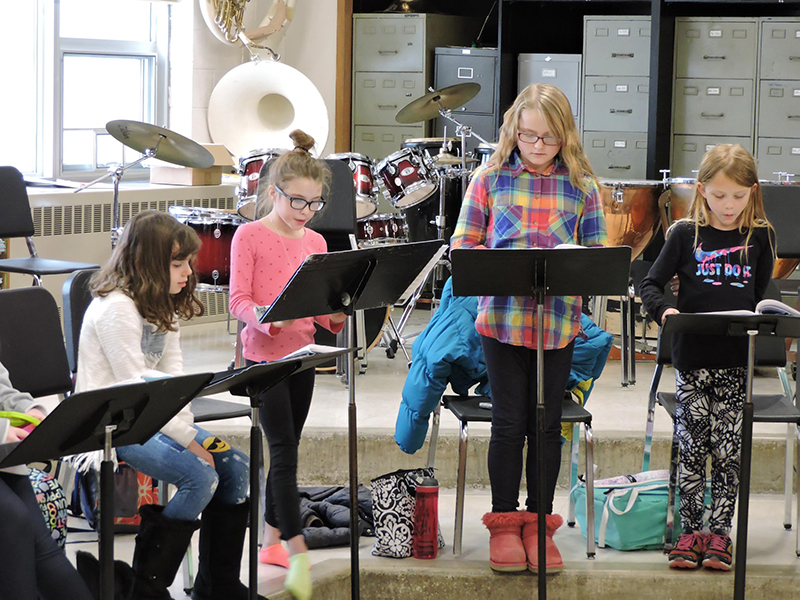 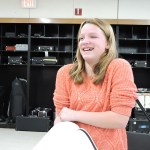 Isabelle Brown gets into character while reading her lines for the upcoming play, “Annie.” – Kelly Wassenberg/Albert Lea Tribune 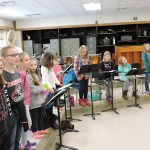 Second- through sixth-grade students cast as orphans for the upcoming musical, “Annie,” rehearsed songs for the play after school on Wednesday. Kelly Wassenberg/Albert Lea Tribune 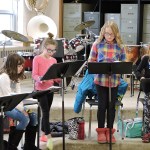 ALDEN — Auditions are over and rehearsals for Alden-Conger’s next play are underway.

The school will present “Annie” from March 10 to 12 on the Alden-Conger stage. The show will feature approximately 50 cast members with 15 crew members working behind the scenes, said Ada Theusch, Alden-Conger’s music director and director of the drama department.

Many are already familiar with the work that has been adapted for both the stage and screen. “Annie” is the story of an orphan who lives in an orphanage run by the dreadful Miss Hannigan. Hoping to escape to a better life, the orphan hides in the laundry to venture out to find her real parents. Her trip is cut short, yet her stay at the orphanage is short-lived. At the invitation of a woman who visits the institution, Annie is swept off to the home of billionaire Oliver Warbucks. Warbucks was expecting a boy and is disappointed at first, but he soon warms up to the child and she slowly works her way into his heart.

Thirteen second- through sixth-grade students play the roles of orphans in the play, and middle school and high school students account for the rest of the cast and crew.

The drama director said the mixed age ranges of students is an added bonus with this play.

“I think it’s wonderful that they bond and learn to work together with people of different ages,” Theusch said. “They get so many experiences to work with people in their same age group and in their classroom, but for them to bond and to have good, positive role models in other grades I think is really important.”

She said she thinks it’s good to introduce students to the dramatic arts at an early age.

“We hope they develop a love of the stage, a love of the music and acting with the younger ones so they continue to be involved,” she said.

According to Theusch, several groups — such as the orphans group — have started meeting a few times a week to practice their roles for the production. Emmie Jacobs, who plays Annie, practices four to five times a week. Other actors’ schedules depend on what scenes they are in. As the production nears, the groups will then start working together to perform as one entity.

“Many people have seen “Annie” before, and we just hope we can entertain and maybe touch a few hearts,” Theusch said.