Sylvia was born on Nov. 17, 1933, on a farm in Winnebago County, Iowa, just south of Kiester. She was the daughter of Ingebret and Mattie (Sear) Tufte. Sylvia graduated from Kiester High School in 1951.On Dec. 2, 1951, she married Clair Hagen from Lake Mills. Together, they farmed land near Kiester for 56 years, where they raised their three children. 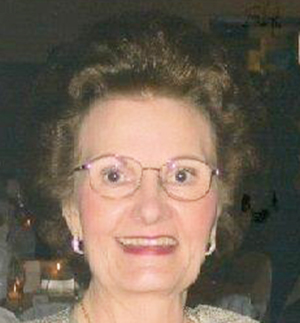 Sylvia was the church organist at Our Savior’s Lutheran Church in Kiester from age 13 until her retirement in 1967. She accompanied many choirs at church and was very involved with Women of the Evangelical Lutheran Church Association and Women’s Circle. Sylvia enjoyed music, gardening, bowling, playing cards and spending time with her family.

During her residence the past two years at Good Samaritan Society in Albert Lea, she enjoyed attending daily chapel services and weekly musical entertainment.

Sylvia was preceded in death by her sister, Beverly, as a child; mother, Mattie; and father, Ingebret.

Visitation will be at Bruss-Heitner Funeral Home from 4 to 6 p.m. today and one hour prior to services at the church. Funeral service will be at 10:30 a.m. Tuesday at Our Savior’s Lutheran Church in Kiester. The Rev. Katie Pals will officiate. Interment will be in the church cemetery.

In lieu of flowers, memorials may be given to Our Savior’s Lutheran Church or to the donor’s choice. To leave an online condolence, visit brussheitner.com.