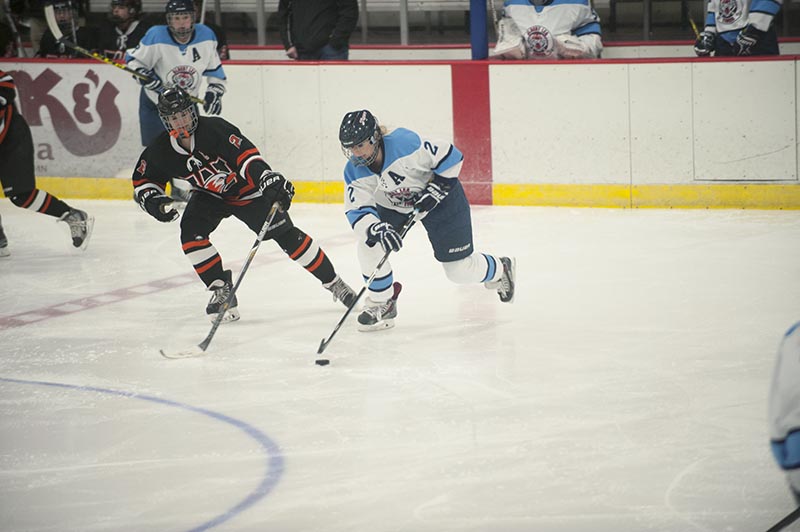 All the scoring during Monday’s game between Albert Lea and Winona took place in a matter of two minutes.

The Tigers and Winhawks each scored a goal in the first period, then played to a stalemate the rest of the game, including the overtime period, to end in a 1-1 tie.

Eighth-grader Lucy Sherman scored the first goal of the game for the Tigers, beating Winhawks goalie Cheyanne Markwardt 10:18 into the period. 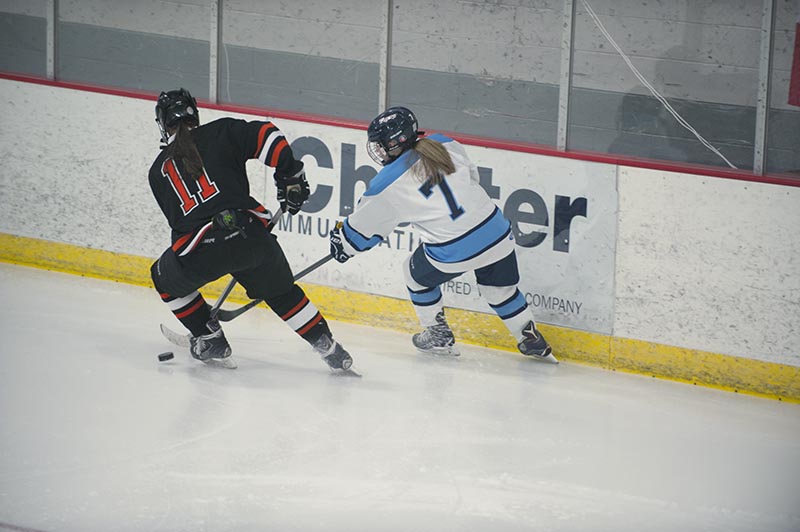 Winona’s Sydnee Thompson gets the inside track on the puck against Albert Lea’s Sadie Neist in the first period Monday night.

From there, plenty of penalties occurred, but no goals.

Thirteen penalties were called from the second period on, and 15 in the game.

But the goalies for both teams would not be beaten on this night. Schneider stopped 28 shots and Markwardt stopped 31.

Albert Lea will finish off its third game in four nights with a game in Red Wing tonight.