“‘Till death do us part,’ that’s all we’re looking for” 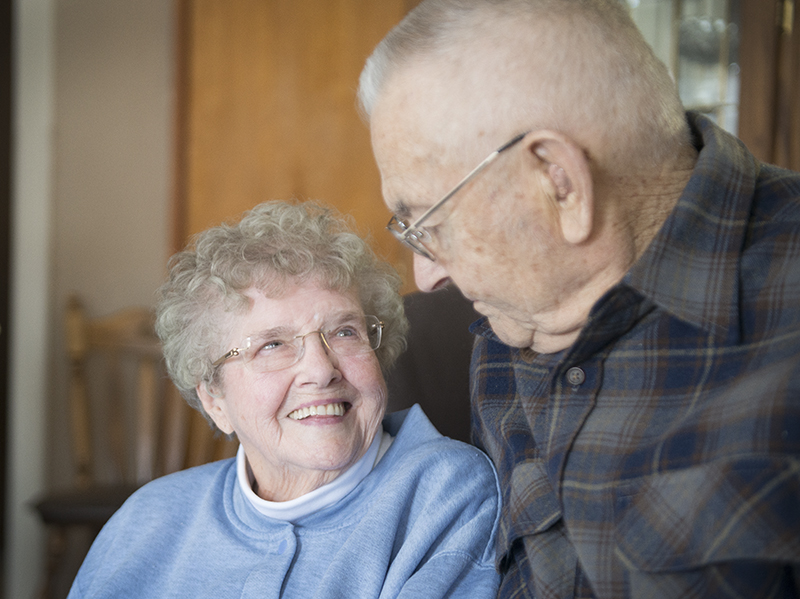 An Albert Lea couple will celebrate their 70th anniversary this week.

Wesley Nelson remembers it being short-sleeve weather that day, a rarity in Minnesota during the winter.

“God smiled on us that day we got married,” he said.

The couple spent the first night of their honeymoon at Hanford Hotel in Mason City, Iowa, at a cost of $4.50, before going to Charles City, Iowa; The Little Brown Church in Nashua, Iowa; Cedar Rapids, Iowa; and Clinton, Iowa, where Shirley Nelson’s family lived.

The couple lived in two apartments before moving to their current home in 1949 at 320 E. Eighth St., where they raised their three children: Craig, Judy and Brian. The family tree has since grown to include sons- and daughters-in-law, four grandchildren, numerous great-grandchildren and an extended stepfamily in Colorado.

The couple met while Wesley Nelson was on furlough in February 1945. Wesley Nelson, a World War II veteran who spent about six months in Iwo Jima, said he was impressed when he first met Shirley Nelson.

“I was attracted to her,” he said. 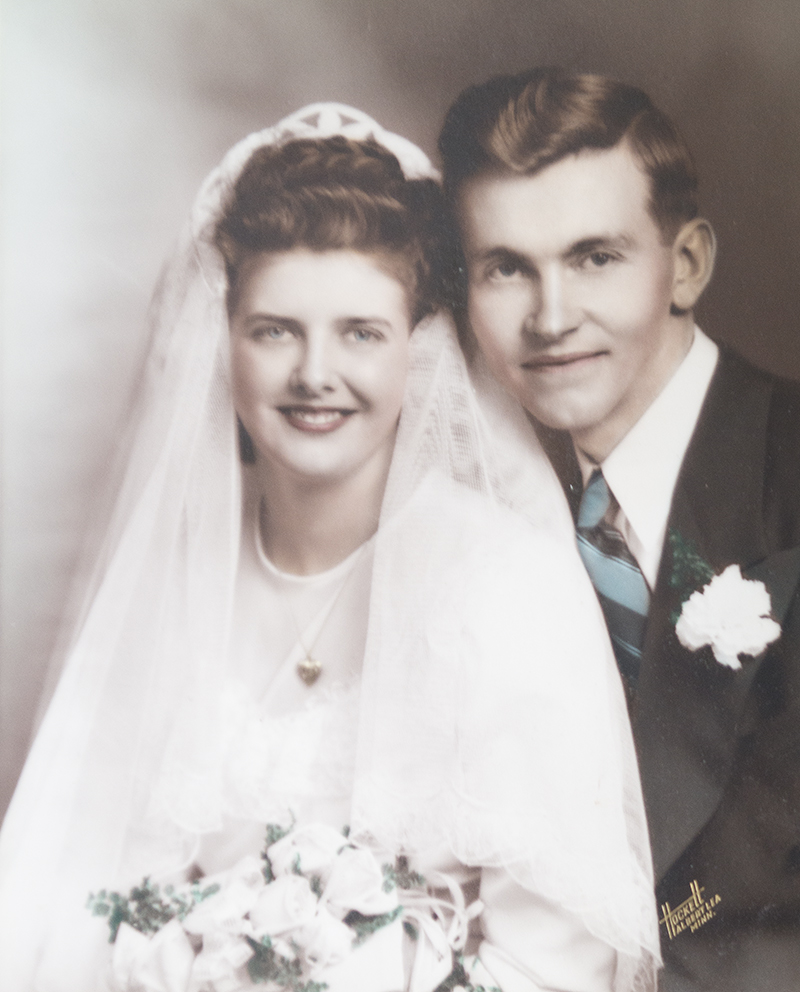 The Nelsons were married Jan. 12, 1947, at Calvary Baptist Church in Albert Lea. – Provided

The couple would meet again after Wesley Nelson was discharged in December 1945. The couple credits each other with remaining together for seven decades.

“I’m not perfect, and I didn’t expect her to be perfect, either,” Wesley Nelson said.

The couple has battled through health issues together with the help of family. Wesley Nelson, a long-time mechanic, had a car fall on him while he was working, breaking his breastbone. His blood marrow is not producing good blood cells. Shirley Nelson, now 89, has battled uterine cancer.

“We trust in God to be with us,” Wesley Nelson said.

Wesley Nelson, who will be 97 this year, said he is taking each day at a time.

“You hope for the next (day), but you don’t know with surety that’s going to happen,” he said.

The couple shows their devotion to each other each day. Wesley Nelson gets up each morning before his wife and waits until she is up to have breakfast. The couple still holds hands. Wesley Nelson still kisses his wife goodnight, and he opens car doors for her.

“She’s the only one,” Wesley Nelson said.

“I haven’t seen anyone else that I would trade for,” Shirley Nelson said.

Wesley Nelson recalled a wedding vow that they still intend to fulfill.

“There’s something said at a wedding ceremony, ‘till death do us part,’ that’s all we’re looking for,” he said.