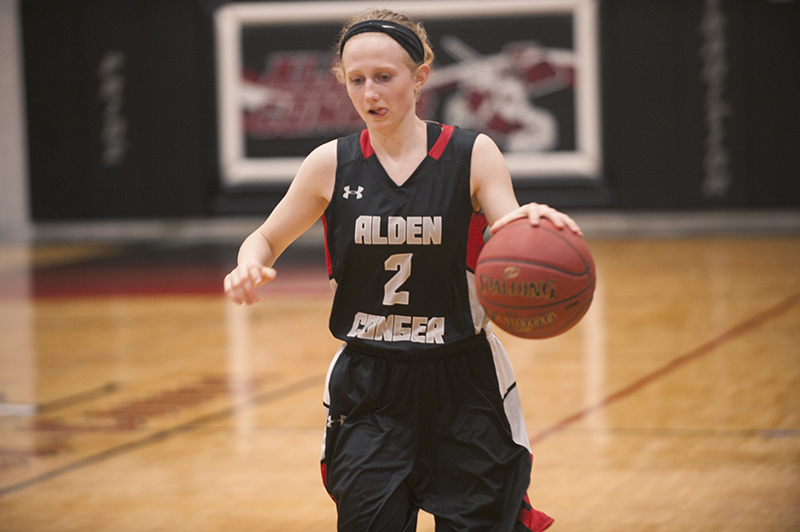 Alden-Conger’s Erika Bute brings the ball up the floor in the second half during Monday’s game. Bute scored 13 points in Alden-Conger’s win. Jarrod Peterson/Albert Lea Tribune

ALDEN — A big offensive first half followed by a stout defensive half led the Alden-Conger girls’ basketball team to a 56-15 victory Monday night over Glenville-Emmons.

The Knights were paced by three players who scored in double-figures. Abbie Theusch led the team with 17 points, seven rebounds and five steals. Erika Bute and Kelsey Newman each had 13 points as the Knights raced out to a 31-11 lead in the first 18 minutes of the game. 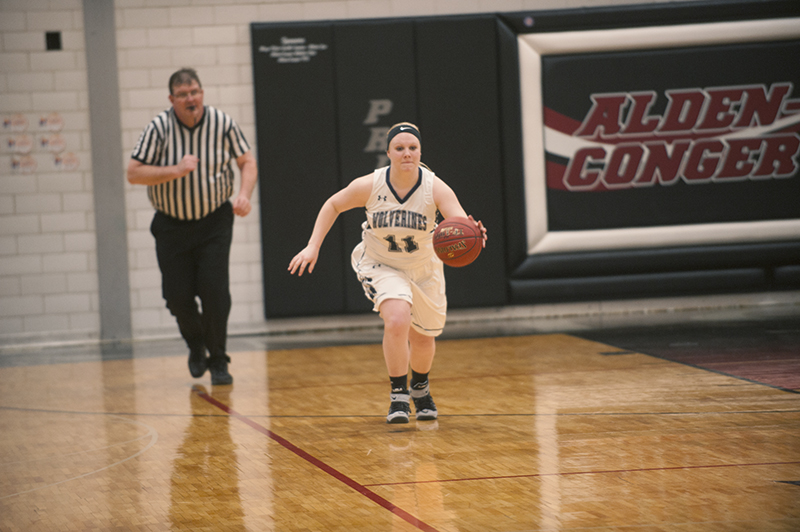 Glenville-Emmons’ guard Kayla Gerber brings the ball up the floor during the second half of Monday’s game against Alden-Conger. The Knights won the game 56-15.

In the second half, the Knights made it difficult for the Wolverines to put the ball in the basket, allowing just four points while they were able to extend their lead.

The loss drops the Wolverines to a record of 0-10 on the season.

The win ends a three-game losing streak for the Knights, as they move to 9-8 for the season.

Glenville-Emmons will travel to Grand Meadow on Thursday.