Utilities superintendent has seen many changes over years 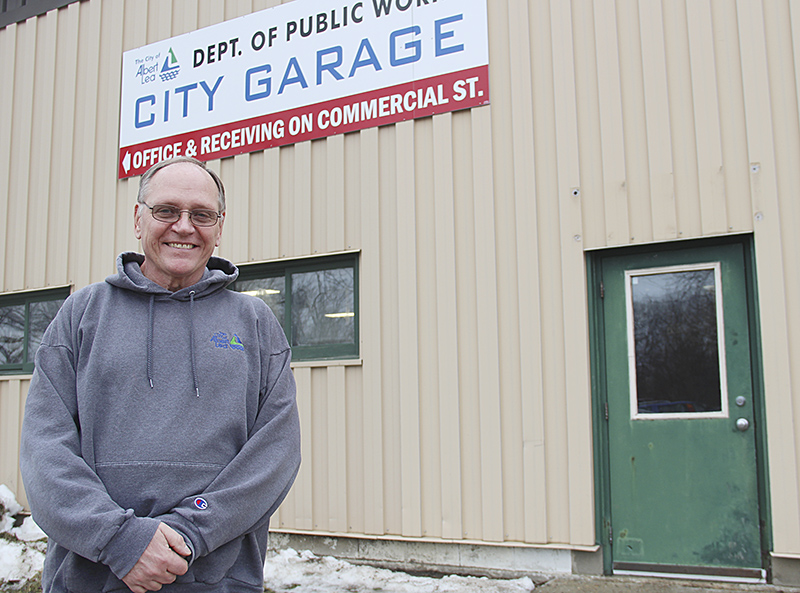 Brad Pirsig has worked for the city of Albert Lea for almost 39 years and will retire March 3 as Utilities Department superintendent. Sarah Stultz/Albert Lea Tribune

When Albert Lean Brad Pirsig first started working for the city of Albert Lea almost 39 years ago, utility crews would read water meters with a paper and a pencil.

He said it took the staff three months to read the meters in the whole city.

Now, the crew has radio-read meters they use while driving around the city. This method only takes about a week to accomplish the same task.

Much has changed in the almost four decades Pirsig has worked for the Utilities Department.

In March, he will retire as superintendent of the department, and by the time he retires, he will have had his share of many of the duties in the department.

After that he worked on the city’s 23 lift stations, before repairing and reading water meters.

On top of that, every once in awhile, he has snow plowed for the Street Department.

He said before he started working for the city, he was employed at some of the different factories in the area, including Winnebago, Wilson & Co. and Queen Stove Works, but after being laid off a few times,  he wanted to find a more stable job.

He said he has enjoyed working outside and being with different people.

There are 12 staff in the Utilities Department, all of whom have a good sense of humor, he said.

The challenging parts of his job have been during floods and power outages. It’s also been a challenge keeping up with aging infrastructure throughout the city.

“There’s a lot of maintenance to keep up with that,” he said. “The lift stations that you have to update, and the water plants and the piping — they all need to be updated and inspected on a regular basis.”

He thanked the residents in the city who he said have always been nice to work with, as well as the plumbers and electricians in the area.

Pirsig said he doesn’t have any specific plans for what to do after he retires, other than to help his wife out with her day care business and to do some volunteer work.