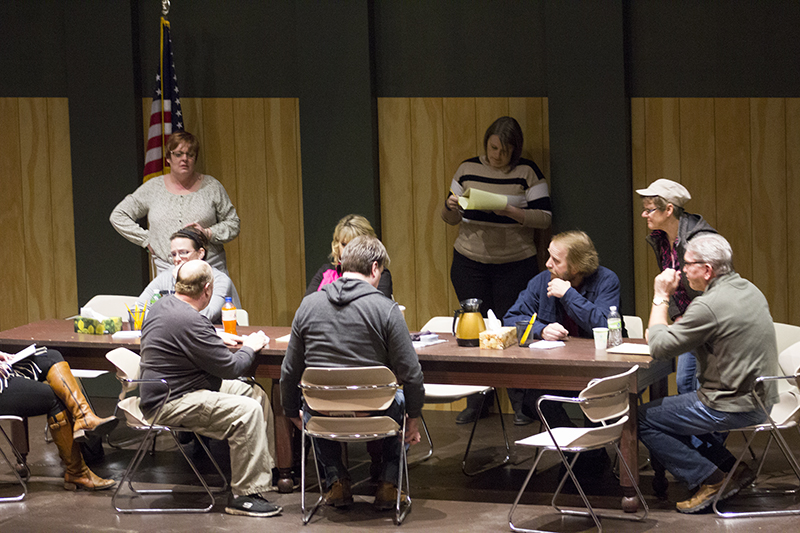 Jurors deliberate the fate of a man charged with murder during rehearsals for "Twelve Angry Jurors" on Tuesday. — Sam Wilmes/Albert Lea Tribune

Local actors will perform the play “Twelve Angry Jurors” in the next two weeks in Albert Lea. 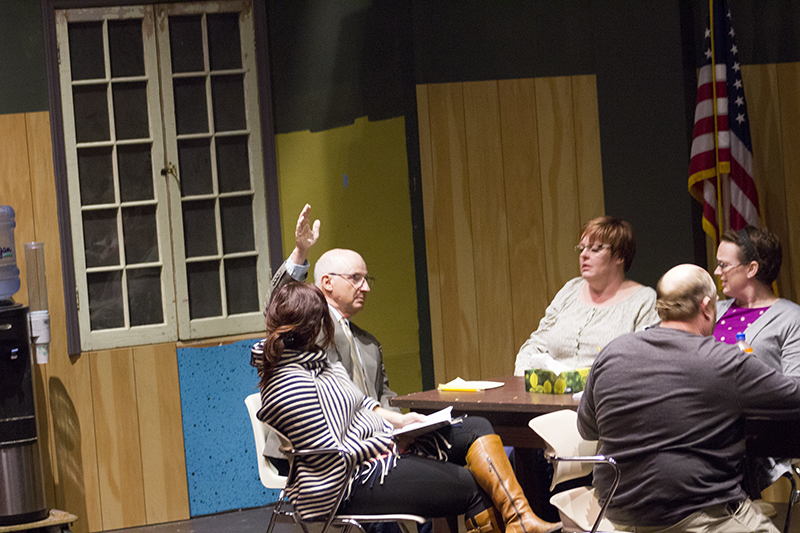 “It’s very timely with what is going on in the country today,” she said.

“This show is all about critical thinking.”

This is Bartley’s first time directing a play. Auditions started in mid-January. 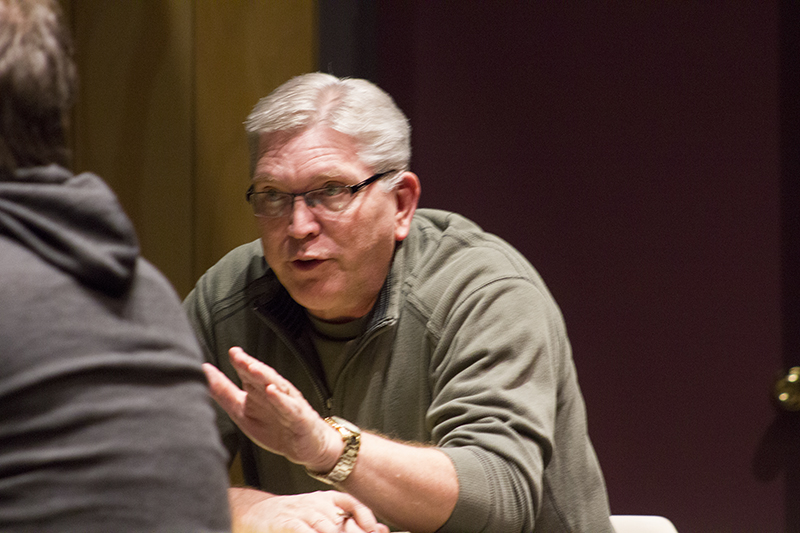 Jury Foreman Gary Schindler talks during jury deliberations of a man charged in the fatal stabbing of his father during rehearsals for “Twelve Angry Jurors” on Tuesday. — Sam Wilmes/Albert Lea Tribune