A visit to the Minnesota Capitol 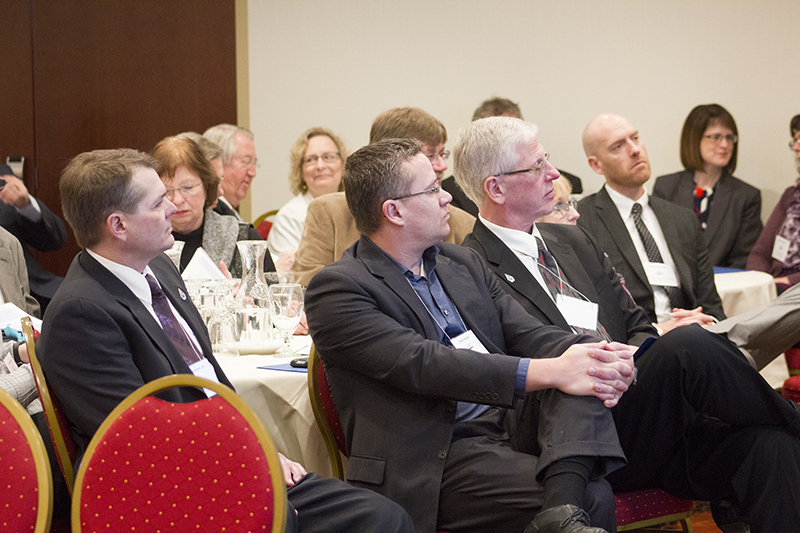 ST. PAUL — Albert Lea officials spoke of the need to increase local government aid on Wednesday during a visit to the Capitol.

Rasmussen said increasing LGA funding would likely mean the city would have no general fund tax levy increase for the sixth year in a row.

Increasing LGA funding is listed as the No.1 legislative priority for the coalition this year. The organization supports a $45.5 million increase in LGA base funding by fiscal year 2020 and wants LGA funding to meet 2002 levels.

City officials asked Bennett to co-author a bill introduced by two state legislators which would add $45.5 million to the LGA program over the next two years. Rasmussen said the bill has bipartisan support.

Though Bennett did not commit to co-authoring the bill, she said she will support it. 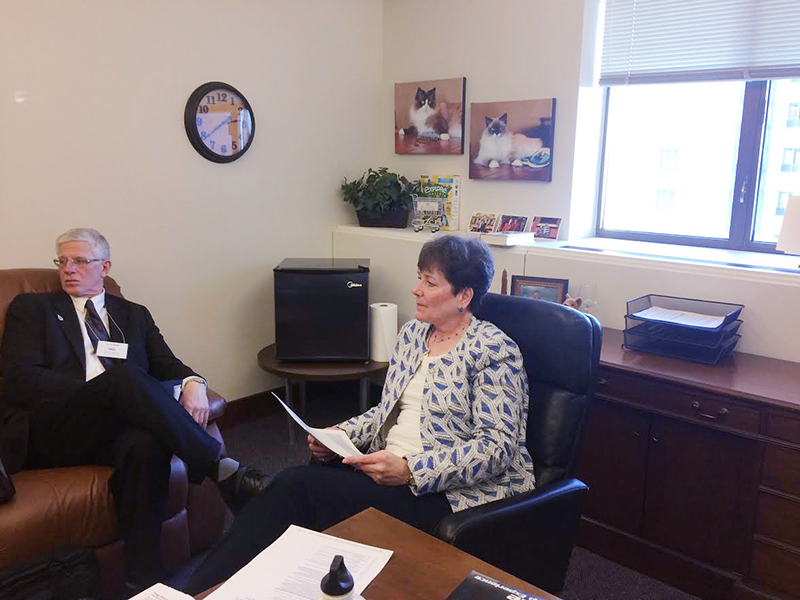 Bennett said the Legislature should be able to fund transportation this year.

Bennett has supported dedicating taxes on automobile parts and tires toward roads and bridges.

“It’s almost impossible for them to deal with those type of things,” he said.

Sparks said LGA and transportation funding will be two of his top priorities during this year’s legislative session.

Leaders discussed a lawsuit filed by the Coalition of Greater Minnesota Cities against the Environmental Protection Agency. The lawsuit argued that the MPCA’s limits on phosphorus levels in wastewater treatment plants are not based on sound scientific information.

Rasmussen said the EPA does not have the scientific data to demonstrate the limits were justified.

The Coalition supports reforms it said will promote transparency and sound decision making such as reforming the timing of the permit process to allow more input from local governments. It wants to restrict the MPCA from implementing rules it said have not gone through an established rulemaking process and strengthen the standard used by courts to review MPA decisions.

It has been estimated that the rule could cost Albert Lea $8 million to $30 million to upgrade its wastewater treatment facilities to meet the new requirements.

Local leaders talked about the renewal of the Shell Rock River Watershed District’s half-percent sales tax and support from Albert Lea City Council for Fountain Lake dredging. Rasmussen discussed the dam permit the district secured for the project and the number of steps it must meet to dredge the lake. He suggested simplifying the regulatory process.

The district wants to extend the sales tax for either 15 years or until $15 million is collected.

They talked about the workforce housing tax credit Sparks introduced in 2015 that provides a 40 percent tax credit to investors or developers building in areas with a low vacancy rate.

The Coalition supports investing $45 million over six years for the program with no limitation based on income.

The Coalition of Greater Minnesota Cities has several other legislative priorities this year that were discussed Wednesday. It supports at least $15 million in state bonding, plus $2 million per year in general fund dollars to go toward the greater Minnesota Business Development Public Infrastructure Grant Program.

“Going to try to find some solutions to those problems, as well as some of the bonding projects for the local community, if a bonding bill is able to pass this year,” he said.

Sparks said he thought the meeting was constructive.

“It’s always a pleasure to be get a chance to visit with the mayor and city council members and discuss issues that are important to the folks back home,” he said.

Adams said the meetings were productive.

” We enjoyed meeting with Rep. Bennett and Sen. Sparks and had a nice dialogue on the various issues affecting Albert Lea,” he said. ” We appreciate their support for supporting several city priorities and for asking thoughtful questions to better understand the impact on our community.”