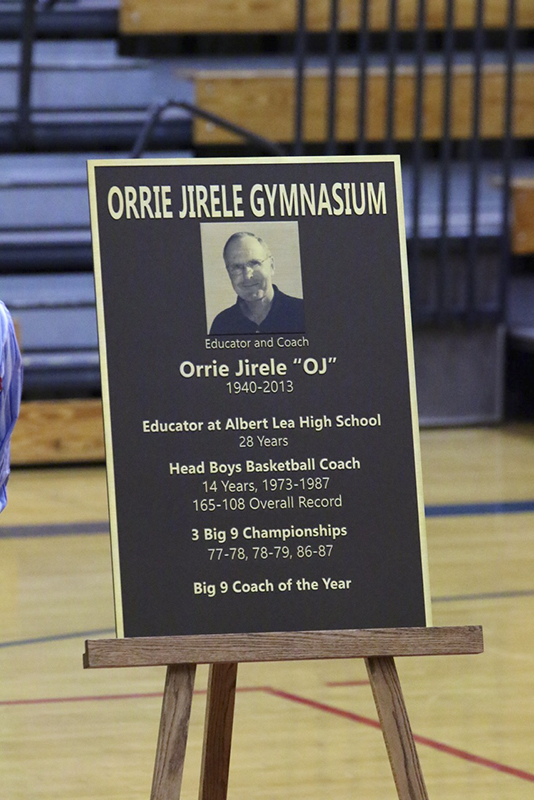 The gymnasium at Albert Lea High School was renamed Orrie Jirele Gymnasium before Albert Lea’s game against Austin on Saturday. Jirele was a coach at Albert Lea for 14 seasons and an educator for 28 years. – Provided

The renaming of the gym was about the only thing that went right for the Tigers on Saturday, though.

The Packers scored quickly and often and didn’t let up until the final buzzer to win 91-32.

Tanner Wichmann scored the first points of the game for the Tigers, but it would be all Austin after that. The Packers drilled 16 three-pointers in the game and put up 58 points in the first half.

Duoth Gach led all scorers with 26 points. Austin also had Both Gach (11) and Tate Hebrink (10) score in double figures.

The loss dropped the Tigers to 0-25 on the season with one game remaining.

Albert Lea will host Northfield for Senior Night on Friday.