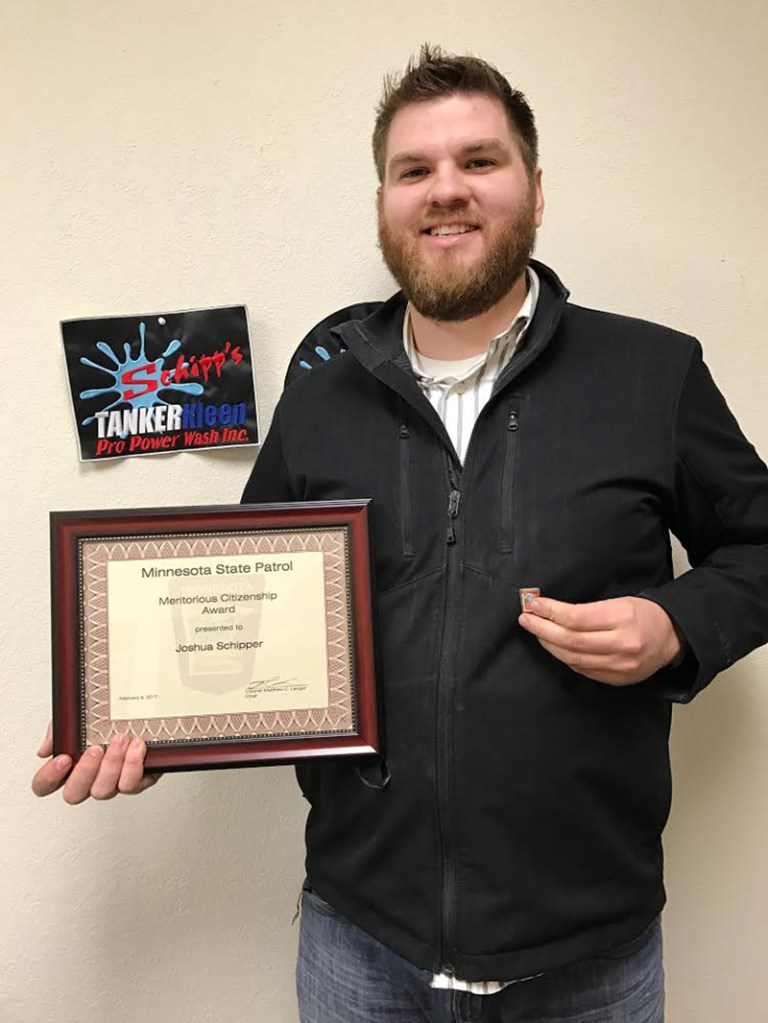 Josh Schipper was awarded the Meritorious Citizenship Award by the Minnesota State Patrol at an annual awards ceremony in Vadnais Heights. - Provided

An Albert Lea man was honored on Thursday for saving the life of a man in August after helping to extinguish a car fire.

Josh Schipper was awarded the Meritorious Citizenship Award by the Minnesota State Patrol at an annual awards ceremony in Vadnais Heights. Multiple news agencies have reported that Tim Maroney of Stillwater was also honored Thursday by the State Patrol for his effort in saving the man’s life and for helping a passenger escape from the vehicle.

Josh Schipper, 27, was driving a truck equipped with a pressure washer on Aug. 13 on Interstate 35 in Faribault while en route to a job when he arrived at a car crash.

Josh Schipper, who works for Schipp’s Pro Power Wash TANKERKleen, remembers it taking him five minutes to move across the road because of traffic caused by construction. He remembers seeing smoke from the van when he arrived on scene and seeing a man trapped in it when he walked up to the vehicle.

“That’s when it went into overdrive,” Josh Schipper said.

Extinguishing gas flames was a challenge, he said. Josh Schipper used the pressure washer to extinguish the fire and prevent the man from being killed with the help of other people before fire crews arrived. He then assisted fire crews on scene when they ran out of water. 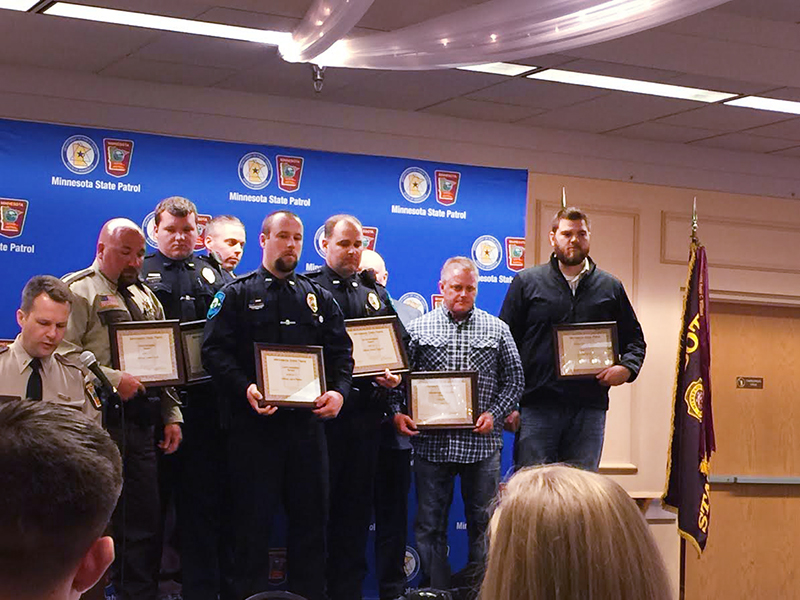 Josh Schipper’s efforts helped allow the man to live another day and provided his family the chance to see him before he died from injuries sustained in the crash on Aug. 14.

Schipper remembers tires on the vehicle popping while he worked, causing concern that the gas tank would explode. Despite putting his own life in jeopardy, Josh Schipper does not view his effort as extraordinary.

“I feel like I did what any other person would do with the equipment I had,” he said.

Josh Schipper’s father, John Schipper, commended him for his effort.

“Anytime that you witness something like that going on, you cannot just be an innocent bystander,” John Schipper said. “You have to get involved.”

“A lot of people don’t want to get involved when they see something, but not Josh. Not either one of my kids. They’ll get involved. That’s just part of their nature.”

John Schipper said though his son had a difficult time witnessing the incident, if given the chance he would do the same thing.

“As much as I think that bothers Josh, witnessing that, he would do it again,” he said. “It’s just in his nature.”

Josh Schipper’s brother, Mike Schipper, said he was proud of his brother.

“I knew he would do that for anyone,” he said.

Mike Schipper remembered his brother initially not wanting to go on the trip.

“So he goes and then sure enough he shows up right there,” he said. “He needed to be there.”