He allegedly had more than 70 grams stemming from 2 incidents 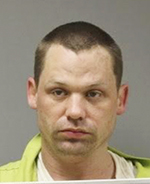 Marlin Lee Risnes, 35, is charged in one file with felony methamphetamine possession. In a second file, he is charged with second-degree meth possession.

The charges originated after an Albert Lea officer assisted a Department of Corrections agent Jan. 12 on a probation search on Spartan Avenue.

The probationer, who reportedly tested positive for meth, was known to Risnes. After the officer arrived, Risnes left after an officer told him he could leave.

The search of the probationer’s home found a meth pipe, butane lighters, propane torches, a digital scale and files with white residue on them, court documents state. The probationer reportedly admitted she intended to use meth with Risnes, and he allegedly told her he had brought meth.

A book bag Risnes had taken when he left the residence was reportedly found with several items, including what later tested positive as 29.76 grams of meth in two baggies.

Court documents state the probationer denied possessing the bag or its contents.

Risnes was charged with second-degree meth possession after an on-duty Albert Lea officer on Friday noticed Risnes walking south on Newton Avenue. The officer reportedly recognized Risnes had an arrest warrant, and Risnes allegedly fled from the officer on foot.

Court documents state Risnes dropped several items when he fled the officer, including a box with three baggies of methamphetamine totaling 46.6 grams. Risnes allegedly had a baseball bat up his sleeve, and a drug pipe and a scale that tested positive for meth was found. Suspected marijuana was also found, court documents state.

Conditional bail for Risnes was set at $40,000 on Monday. His next court appearance on the charges is Feb. 16. Each charge carries a maximum sentence of 25 years in prison and a $500,000 fine.