A funeral service will be at 10:30 a.m. Monday at Good Shepherd Lutheran Church in Wells. The Rev. Mary Iverson will officiate. Visitation will be from 2 to 4 p.m. Sunday at Bruss-Heitner Funeral Home and will continue one hour prior to the service at the church. Interment will be in Rosehill Cemetery. Military honors will be accorded by the Wells Color Guard. Bruss-Heitner Funeral Home in Wells is assisting the family. To leave an online condolence, visit www.brussheitner.com. 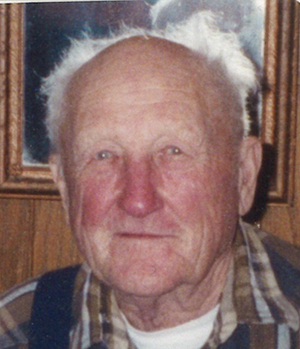 Alvin “Skimmer” was born March 8, 1925, the son of Herman and Emma (Giese) Fuchs in Vernon Center. He grew up and lived in the Wells area for his whole life. He attended country school until the eighth grade.

He worked on the farm and had various jobs until 1943. He then joined the army, and honorably served in France during World WarII. After being discharged he met and was united in marriage to Marie Dammen on Oct. 25, 1947, in Wells. Together the couple raised five children. He was a member of Good Shepherd Lutheran Church, Wells American Legion Post No. 210 and Wells VFW Post No. 1778. Al’s passion was working. Besides his full -time positions in construction, he enjoyed remodeling old houses and renting them out. Al retired at the age of 65, but continued to work construction well into his 70s.

He was preceded in death by his parents; wife, Marie; son, Kevin; an infant grandson; three sisters and four brothers. Blessed be his memory.