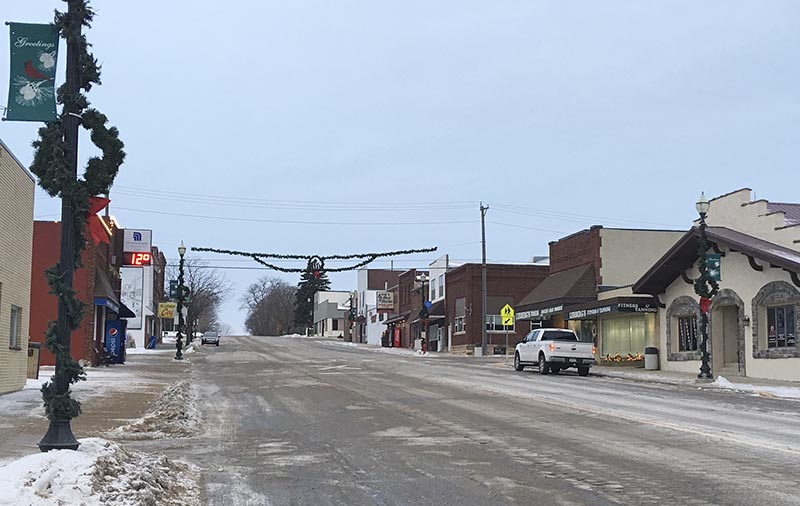 Leaders of the Ellendale Community Foundation hope it will give residents more pride and interest in developing in the community. - Sarah Stultz/Albert Lea Tribune

ELLENDALE — The Ellendale Community Foundation relaunched last fall out of an effort to strengthen its residents and the community.

The foundation was initially started in 1991, but after a several-year hiatus started again in November under the umbrella of Southern Minnesota Initiative Foundation.

Jennifer Nelson, SMIF vice president of development, said communities come to SMIF when they are interested in developing foundations. SMIF provides these communities a 501(c)3 to work under, as well as training on topics such as fundraising and grant writing for the foundation’s board.

It also provides matching endowment fund dollars, logs the foundation’s checks and completes other office work such as developing communication plans and marketing.

“We always operate behind the curtain,” Nelson said. “The board is the face for their community.”

Stephanie Kibler, board member and Ellendale City Council member, said Ellendale leaders were excited when approached about the opportunity.

“Most of us didn’t even know it was an option for us to have this,” Kibler said. “As a City Council member, I said, ‘Absolutely we’d be interested in it.’”

She said they developed a solid committee with a variety of residents represented. They also started coming up with a basic mission and goals.

One of those goals is to invest back into the community, whether through programs or education, as well as beautifying the main street and parks system. Through this effort, Kibler said, the board hopes to engage the city’s residents, so they have more pride and interest in developing the community.

Initially, the board has a five-year plan to transform the Ellendale Community Center building on Second Avenue. That building has been used for many community events, including council meetings. It also was the city clerk’s office for a time. The council and clerk have since moved out, but the Ellendale Heritage Foundation still uses it, as well as Semcac, she said. There are also numerous fundraisers there, including for firefighters and the Lions Club.

Some of the updates the building needs are in the kitchen and in making doors handicapped-accessible.

“The five-phased plan will depend on the fundraising,” Kibler said. “Our goal is to do one phase each year.”

In addition to this project, the foundation is working to start its founders club, as well as do more fundraising.

According to the Ellendale Community Foundation website, the foundation “strives to strengthen and enhance the Ellendale area community today and for future generations.”

People wishing to donate to the case can do so through the foundation’s Facebook page or through SMIF online. SMIF has 26 community foundations, Nelson said.