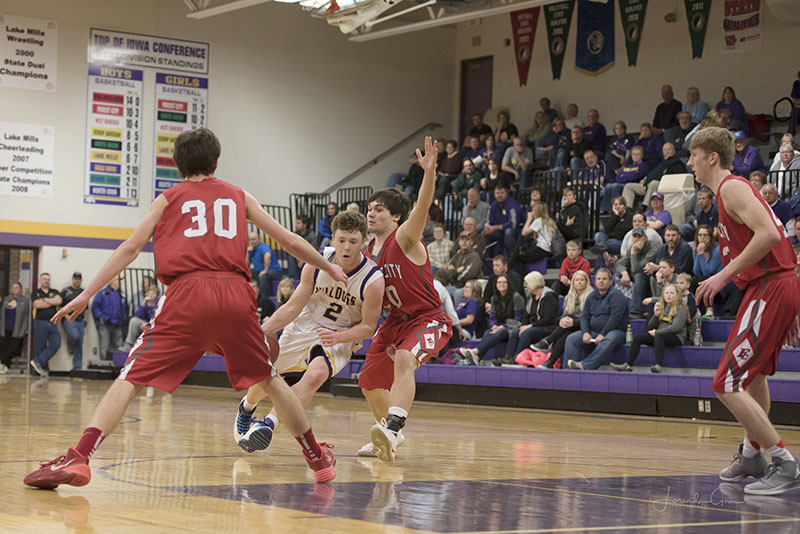 It is not every day that a player gets an opportunity like Lake Mills’ Charlie Dugger was afforded Monday night against Forest City.

With his team down one point  with a few seconds remaining, Dugger caught the ball at the top of the key and fired a 3-pointer over the outstretched arm of Forest City’s Ryan Theel as time expired.

The ball banged off the back of the rim and through the hoop as the clock hit triple zeros, giving the Bulldogs a thrilling 56-54 win over a Forest City team that lost for just the third time this season. 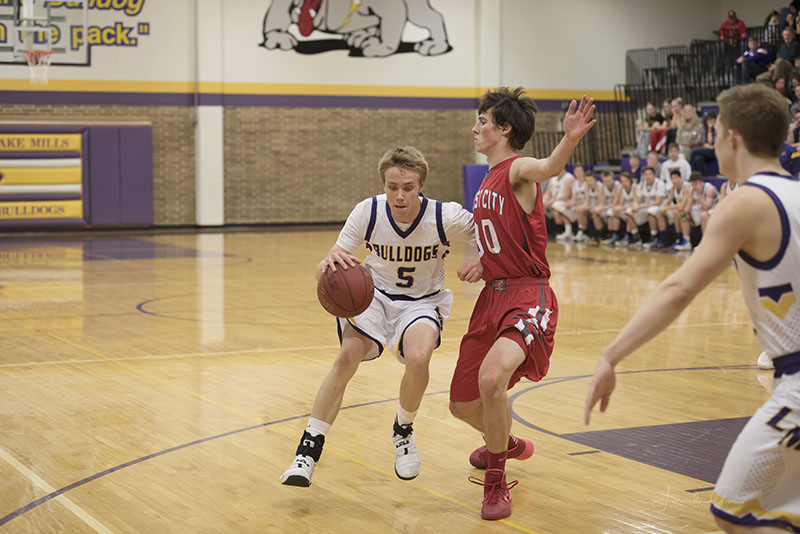 Bulldogs guard Luke Groe looks for a driving lane against Forest City’s Ryan Theel in the first half of Monday’s game.

“It was a great win for our team,” Bulldogs coach Kyle Menke said. “We took good care of the ball and played excellent defense.”

Lake Mills started the game hot. It scored 18 points in the first quarter and held a 12-point lead after the quarter.

Forest City would battle back by scoring 23 points in the second quarter and outscoring Lake Mills by 10.

The game was tied after three quarters.

The victory pushes Lake Mills to 12-7 overall and 8-7 in the Top of Iowa Conference.

It will host Eagle Grove on Thursday.