Ed was born Dec. 5, 1930, the last of six children, to Lieuwe and Richtje DeJong in Friesland, Netherlands. 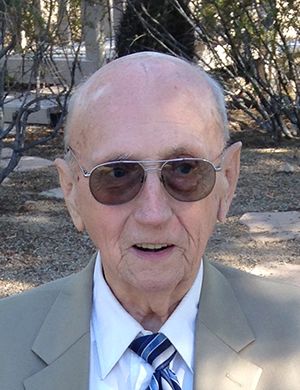 Ed immigrated after World War II to Ontario, Canada, in 1949 and worked in various labor and sales jobs. He moved from Canada to Minnesota in 1955. He was employed by Wilsons & Co., Watkins, and owned an LP gas business. The family moved to Arizona in 1973 and then to California in 1976, and finally retired to Arizona in 1989.

He and his wife of 62 years, Sadie, were seasoned world travelers, having traveled to all 50 states, Canada, Mexico, Nicaragua, Israel and many countries in Europe.

Ed was an outgoing, talkative person and a stranger would quickly become a friend. He was an owner-operator trucker for many years buying and selling milk cans and cream separators. He was a member of Truckstop Ministries and Evangelical Methodist Church of Arizona City.

Ed was preceded in death by his parents, three sisters and one brother.