A graveside service for Eugene Simonson will be at 3 p.m. Friday at Hillcrest Cemetery. The Rev. Kent Otterman will officiate. Military honors will be performed by the Albert Lea area veterans organizations. 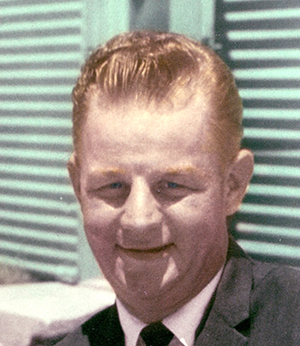 Eugene E. Simonson was born on Feb. 14, 1938, in Albert Lea to Elmer and Marie (Krueger) Simonson. He grew up and attended schools in Albert Lea. As soon as he could, Eugene joined the United States Army and served his country honorably for 20 years. Some places he was stationed include Fort Bragg, Fort Hood, Germany and Vietnam. He was very proud of his military service, very proud to be a Vietnam veterans and proud to have a career in the military.

Aside from his service, Eugene was a member of Veterans of Foreign Wars and American Legion. In his free time, he enjoyed following sports, especially NASCAR, football and baseball.

He is preceded in death by both parents; a sister, Yvonne Kauffman; and a brother-in-law, Walter Hall.

Eugene is survived by his siblings Patricia Hall, Carolyn (Dexter) Blood, Jerry Simonson and Larry Simonson; brother-in-law, Dean Kauffman; as well as many nieces and nephews.