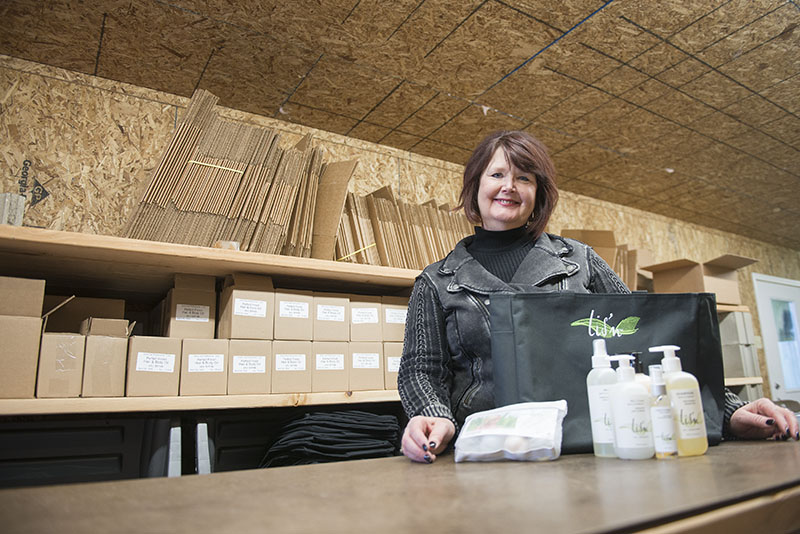 BRICELYN — One Bricelyn woman is using her local ties to revolutionize haircare products, based on the relationship between hairstylists and their customers.

Paulette Legred launched Lis’n — a line of “farm to fashion” haircare products — in September 2016. Having grown up on a Bricelyn farm and being married to a farmer, Legred has stayed true to her rural roots.

Legred said she started working on the products two years prior to the launch, after she saw a need for haircare products that those in the industry could trust to be safe.

All of the key ingredients in the Lis’n products are naturally farm-derived, Legred said. For example, a protein used in the products is derived from sheep’s wool. That protein is used to moisturize hair and make it strong. There are other moisturizing components derived from corn and soybeans, and oil that is derived from macadamia seeds. Legred worked on those components with her chemist, another Minnesotan with a farm background, who Legred met through mutual friends.

When Legred first started to tell her friends about her idea, she expected them to tell her she was crazy. Instead, the responses she got were, “Of course you did,” “It’s about time” and “What can we do to help?” 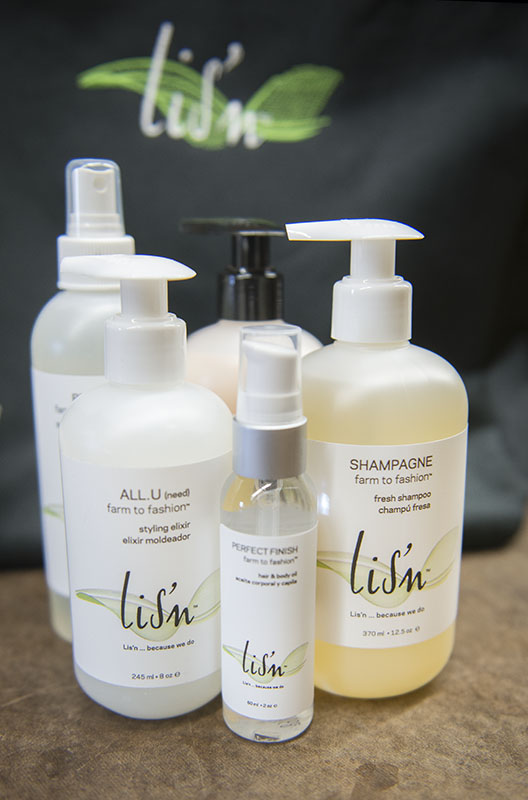 She said she named the product line after the word listen, a name meant to celebrate the relationship between a hairdresser and the guest. Legred said most haircare lines are started by famous stylists or are celebrity-endorsed, and she wanted to give voice to the hometown hairdressers that everyone goes to, as she used to be one herself.

Legred originally started out as a hairstylist years ago, or as she likes to say, “250 years ago.” She went on to own her own hair salon, before traveling the U.S. and Canada to teach different programs to hairstylists. She said a lot of her contacts and friends she has known from her years in the haircare industry are some of the people who have helped her the most in the launch of Lis’n.

Since September, Lis’n has shown up in salons locally and is now in eight different states through two different distributors. Legred, however, said that it’s the local support that means so much to her. Lis’n is available in both Expressions Salon & Spa and Dinah’s Style in Albert Lea, as well as Ultimate Design Salon and Dayspa in Wells.

“Without that local support, it would all feel kind of hollow,” she said.

Legred prides herself on the fact that everything about Lis’n is Minnesota-based, from her bottler to her label-maker, applicators and fillers.

“That’s what I’m very proud of, that everything’s made in Minnesota,” she said. “All the key ingredients are farm-derived in Minnesota.”

Once the products are ready to ship, they are stored at Legred’s Bricelyn home. She said one of the more difficult adjustments she has had to make is fashioning her business from a smaller standpoint, as manufacturers are used to dealing with larger companies and pricing materials in bulk quantities. While she said the startup has been somewhat difficult, she has found companies that will work with her.

“The hardest thing is being the little guy,” Legred said.

Legred works on Lis’n full time, and is hoping to eventually hire some full-time sales and education staff. She currently uses some independent contractors.

Lis’n has five products available — shampoo, conditioning balm, styling elixir, styling mist and a hair and body oil — and is looking to debut a defining wax in March or April. The products can be purchased locally at the salons previously mentioned, or by going to www.lisnbeauty.com.

The biggest contributor to any success she has had is due to her support team, Legred said. Her husband, Kevin, their children Justin and Alicia, their son-in-law and daughter-in-law, Legred’s mother and their friends have all been imperative in launching Lis’n. Legred’s daughter-in-law, Amy, has helped Legred through her web design expertise and Legred’s daughter — a lawyer — has helped Legred with any legal matters, such as model releases. Legred said her sister also acts as one of her sales directors up in the Twin Cities.

“Nobody does something like this without a support team,” she said. “And I’ve got the best in the world.”

5 – Lis’n products available, with another set to debut in March or April