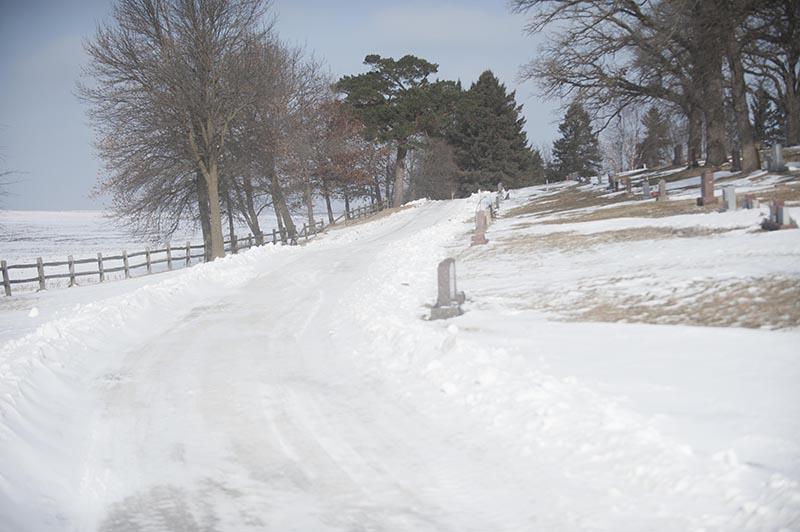 There is nothing more peaceful than a cemetery.

Many people think cemeteries are gloomy, but they can be quite magnificent.

Fort Snelling National Cemetery is one of the most beautiful cemeteries the state of Minnesota has to offer. Over 220,000 soldiers are buried there, and on the Fourth of July, Veterans Day and Memorial Day, thousands of American flags are put out to represent the men and women who have lost their lives fighting for this country.

Gene Millagn, who is a Vietnam veteran and part of the Freeborn American Legion, is the man behind it all to decorate the cemetery with American flags in something called The Avenue of Flags.

“I’m the kind of guy who likes to stay active at something,” Millagn said. “I belong to a bunch of groups around the area, and I got to thinking it would be kind of cool if we had something like that in Freeborn.”

Last spring, Millagn headed to Wells, in search of some information on how to go about doing a big project.

“I went over to the VFW in Wells, and they told me what to do and what not to do,” Millagn said with a smile on his face. “It is very important to know what not to do. It is also important to cover the holes when you take the poles out for the winter. The guys in Wells learned the hard way.”

When it came time to buy the flags and poles, it was essential to Millagn and his comrades — Chris Jacobsen and Roy Torgerson who are helping with the project — that the poles and flags say “Made in the U.S.A.”

“There was no way at all that we were going to buy American flags that said ‘Made in China,’” Torgerson said. “It might cost a little more to buy it in America, but it’s a sense of pride seeing a flag on a pole that was made in this country.”

Millagn made a few phone calls and found a distributor in Willmar to supply the flag poles.

The cost of each pole is $125, including the flag and sleeve, but that doesn’t cover the cost of cement used to ground each pole. Each pole uses four bags of cement and some crushed rock.

To raise money, the Freeborn American Legion has done meat raffles — and that money goes directly into the Sons of American Legion account — but the group knew it was going to have to diversify its means of gathering money.

“We got some money from the meat raffles, but we knew it wasn’t going be enough if we were going to accomplish what we wanted to accomplish,” Millagn said. “That’s why we started asking for donations.”

Millagn said people and businesses in the area have donated money for the flags and poles, and Freeborn Cemetery is up to 17 flags, but is looking to add more in the next year.

“We have plenty of poles that have been purchased,” Millagn said. “But we would like more people to donate. We would like to have the poles go all the way to the tree line. That’s what our goal is.”

The Freeborn Cemetery has room for 30 flag poles, but it is maximizing its space by putting the poles 40 feet apart.

“The point of putting the flag poles 40 feet apart is that if we get more pole donations, we can start putting flag poles every 20 feet,” Millagn said.

The project started out as being for just military people who have died, but it is branching out.

“The flags are for everyone and can be purchased by anyone,” Jacobsen said.

Tiger City Sports is making the decals that go on every pole.

Cemeteries in Albert Lea and Wells have done the Avenue of Flags, too, along with other cemeteries in the area.

“It is a good way for people to fly the flag,” Millagn said. “It’s a good way to respect the past.”