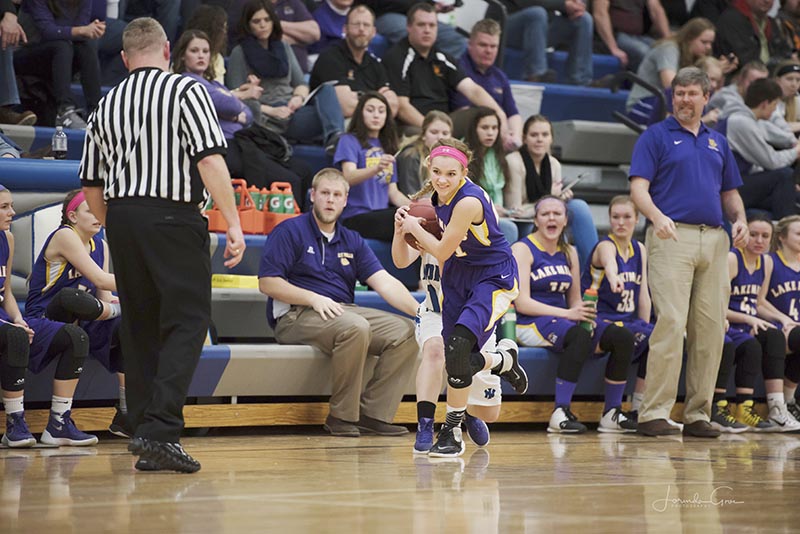 Lake Mills guard Jewell Gasteiger tries to wrestle the ball away from a North Iowa player during Friday’s game. Gasteiger scored her 1,000th point in a 70-48 win. Lory Groe/For the Albert Lea Tribune

But it didn’t take long for the Bulldogs to seize control of this game.

Lake Mills led by nine points after one quarter and was up 17 at halftime as it cruised to a 70-48 win.

“We played together tonight,” Lake Mills coach Thad Evans said. “We moved the ball well and that led to our best offensive output since the holiday break.”

Jewell Gasteiger and Laura Knudtson each scored 22 points, and Gasteiger went over the 1,000-point plateau.

The win puts the Bulldogs at 12-7 on the season and 8-6 in the Top of Iowa Conference.

Lake Mills will host Forest City in the final game of the regular season before playoffs on Tuesday.