Glenville-Emmons senior has a passion for basketball, teammates 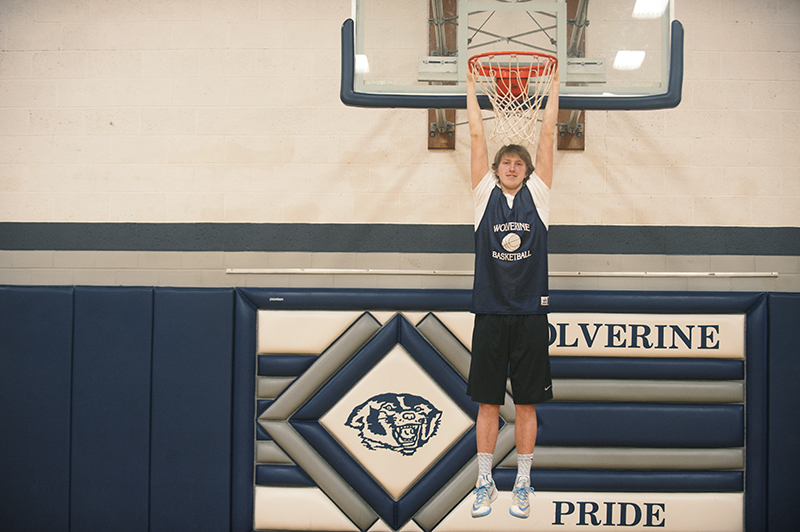 GLENVILLE — If a person were to watch the Glenville-Emmons boys’ basketball team play, one player might stand out from the others.

While Derek Van Ryswyk is 6’5”, it’s not his height that sets him apart from the rest of the players on the court.

It is his ability to play the game.

Van Ryswyk has been playing varsity basketball for over four years, and he has learned a lot and developed into a versatile player along the way.

“I played a little bit of varsity for the last few games of my eighth-grade year,” Van Ryswyk said. “When I first started playing, the coaches told me to stand in the corner and shoot. I’m a little bit different player now.”

Over the last four years, Van Ryswyk grew from a shooter to a guy who rebounds about as well as he scores. But he doesn’t stop there.

“I have known (Derek) pretty much my whole life,” Glenville-Emmons coach Aaron Dempewolf said. “I played with him my junior and senior year. He was pretty much just a shooter, but he has come so far since then.”

After graduating from high school, Dempewolf came back to coach and is in his first year as the head varsity coach.

“(Derek) is a very good passer,” Dempewolf said. “For a scorer, his assist numbers are a lot higher than people would think. He’s not just a scorer.” 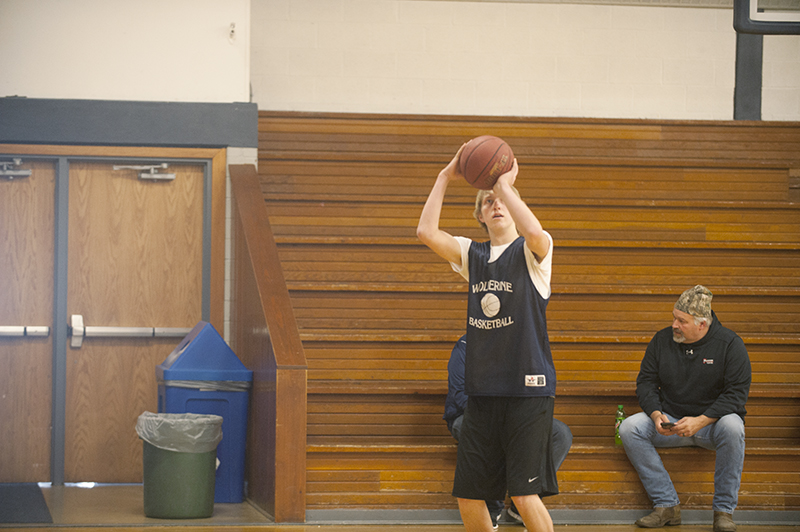 Van Ryswyk said basketball has always been his favorite sport, saying his sister, Kalli, pushed him to be better every day. – Jarrod Peterson/Albert Lea Tribune

Aside from scoring and passing, Van Ryswyk uses his height to grab rebounds, and as many as he can. On Jan. 19 against Schaeffer Academy, he went over the 1,000-rebound plateau — which is a record at Glenville-Emmons High School.

He has also scored well over 1,000 points in his career.

He has prided himself on adding a little more to his game each summer.

Dempewolf said playing AAU has also helped Van Ryswyk, and Van Ryswyk agrees. He spent the last few summers playing for Southeast Minnesota Lightning, a program based out of Rochester.

“It was an eye-opening experience,” Van Ryswyk said. “I made a lot of friends and played against a lot of other good players. I was always playing against guys at my skill level or higher. It was a lot of fun. I realized you can just stand in the corner and shoot.”

Van Ryswyk also played on the Alden-Conger/Glenville-Emmons football team as a quarterback. His cousin, Carter Dahlum, was a wide receiver and the two hooked up for many touchdowns in the fall.

“It was a lot of fun,” Van Ryswyk said. “(Carter) is my best friend. We were perfect chemistry-wise. We kind of got that certain connection.”

The two helped the football team win four games this past fall.

“The biggest deer I have shot was about 140 pounds,” Van Ryswyk said. “That’s pretty big for an eight-pointer.”

After high school, Van Ryswyk plans on attending Riverland Community College to play basketball. He isn’t quite sure what he would like to study.

As the season winds down, only two things are guaranteed for Van Ryswyk and the Wolverines: one playoff game and a lifetime of friendships.

One of the best things about small-town sports is the cultivation of friendships between student athletes while they grow up. Van Ryswyk said that’s the best benefit of playing sports in a small town.

“You’re with guys you’ve known your whole life,” Van Ryswyk said. “There’s no one new who comes in and no one really leaves. You’ve been playing with them since you’ve been able to walk. That means a lot.”