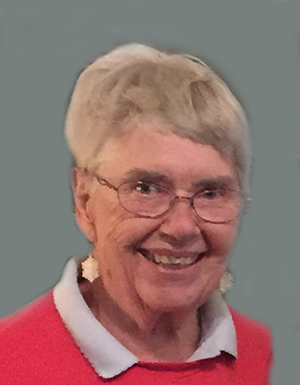 Gwen was born Aug. 25, 1936, in Albert Lea, the daughter of William and Juanita (Hutchinson) Evans. She graduated from Albert Lea High School and was united in marriage to Andrew Tatarek on July 9, 1955, in Albert Lea.

Gwen was an active member of St. Theodore Catholic Church. She had been employed as an accountant for Evans Motors in Albert Lea and was a full-time mother.

Gwen was a Girl Scout and Boy Scout leader for many years, loved to travel — having been to all 50 states and most of Canada — enjoyed bowling, golfing, swimming and biking. She spent over 20 winters in Texas with her husband.

She was preceded in death by her parents William and Juanita Evans and brothers Kenneth, Eugene and Keith Evans.