A memorial service for Henry “Hank” Komoszewski will be at 11 a.m. Saturday at Bonnerup Funeral Service chapel in Albert Lea. Rocky Trail and Kraig Westendorf will officiate. Visitation will take place one hour before the service. 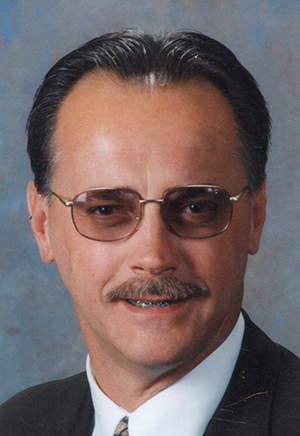 Henry Leo Komoszewski was born Feb. 12, 1953, in Wells to Kazimierz and Anna (Spyra) Komoszewski. Hank attended and graduated from Albert Lea High School in 1971, where he played on varsity football and basketball teams with one of them being a state championship team. He continued his education at Rochester Community Junior College in Rochester. After his schooling, Hank settled in Albert Lea, where he worked successfully as a car salesman.

Hank was a member of the Eagles Club, as well as a chamber member for a number of years. Throughout his life Hank had a passion for sports. Hank picked up golf later on in his life. When he wasn’t playing sports, he was watching them on TV. He enjoyed watching the Minnesota Twins and Vikings. He also enjoyed traveling.

He was preceded in death by both of his parents; sister, Mary Ann Ellis; and many extended relatives.