He’s a man of many hats 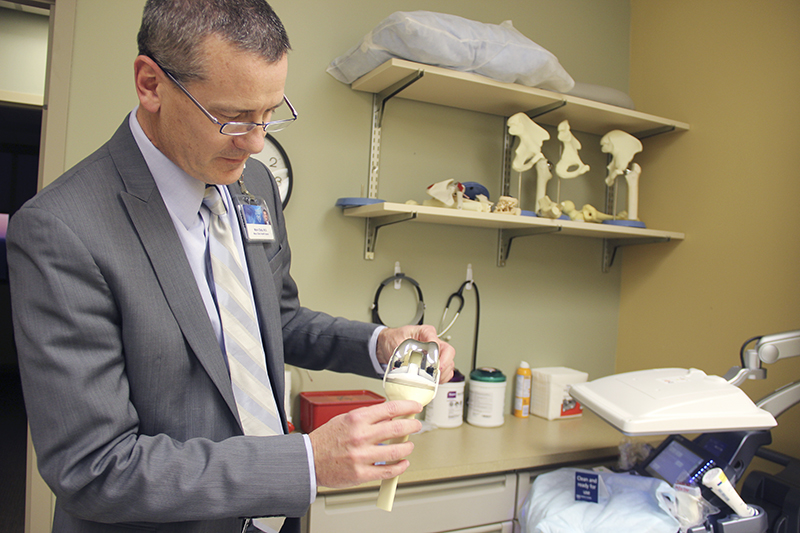 Before Ciota started in administration at Mayo Clinic Health System in Albert Lea, he began as an orthopedic surgeon. He still works in this role today. Sarah Stultz/Albert Lea Tribune

Never a dull moment for school board member, CEO

In the middle of duties at Mayo Clinic Health System in Albert Lea and Austin, Ciota serves on the Albert Lea School Board, among numerous other committees.

He has been with the Albert Lea hospital — now known as Mayo Clinic Health System in Albert Lea — since August 1995, after completing his training in Dayton, Ohio.

“I get to help people who have injuries — get them back to doing what they’re doing,” he said.

He started out as an orthopedic surgeon and got into administration after one year — beginning on the committee level. 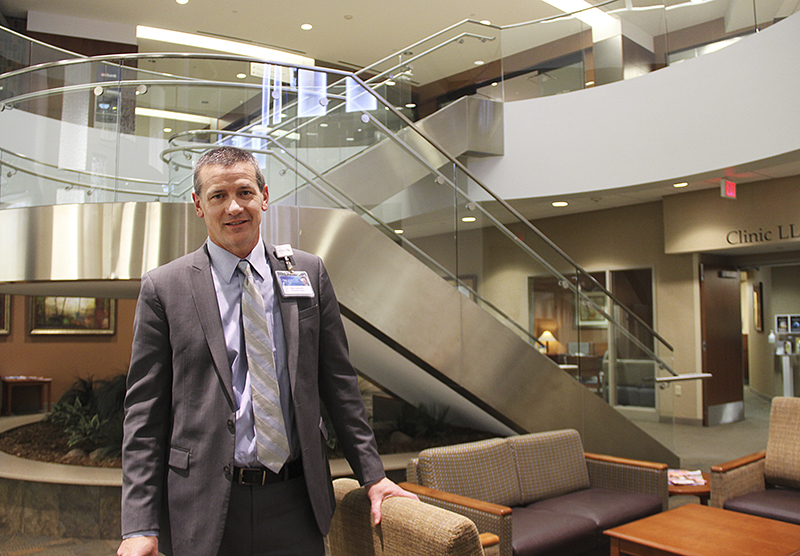 He became chief executive officer of the Albert Lea location in 2004 and CEO of Mayo Clinic Health System in Albert Lea and Austin in 2012.

He is also on the board of trustees for Mayo Clinic Health System in Albert Lea and Austin, serves as chairman for a committee on community engagement for locations in southeast Minnesota and is the chairman of surgery in that region, as well. He serves on a board at the Hormel Foundation and on the Riverland Presidential Advisory Board.

Despite his administrative duties, Ciota continues to practice in the orthopedics department and is partners in Albert Lea with Dr. Michael Eckstrom. He conducts surgeries on Tuesdays in Albert Lea and on Wednesdays in Austin.

“The orthopedic side, if it’s broken you replace it or fix it,” Ciota said. “The administrative side, it’s a whole different part of your brain.”

He said administration allows him the opportunity to help large groups of patients at a time and meet with more people.

In addition to his roles in the medical field, Ciota was first elected to the Albert Lea school board in 2010.

A product of public education himself, his father was a principal and his mother a public school teacher.

“It’s part of the community that affects everyone,” he said. “I wanted to get involved to see if there’s something I could do.”

In his time thus far on the board, he said he has enjoyed seeing the Pathways to Success program grow. He said he is a big believer that not every student may be bound for a four-year college and that it is important for students to see that they are not failures if they decide to pursue other programs at smaller schools.

He said he looks forward to having three new board members and a focus on the children and how to improve the quality of education for these students.

When he is not working or involved with one of his other commitments, Ciota said he enjoys traveling with his wife, Allison, the former Albert Lea dance team coach; and spending time with his two daughters, Alexandra, 25, and Morgan, 23. The oldest daughter is in her last year of medical school with plans to go into urology. The younger daughter works for the Target corporate office out of Mankato.

Ciota and his wife have been married for 27 years.

He credited the support of his family in all of his endeavors.

He was slated to be inducted in January into a hall of fame at his alma mater at Morris High School in Morris, Illinois.