Ink with a cause 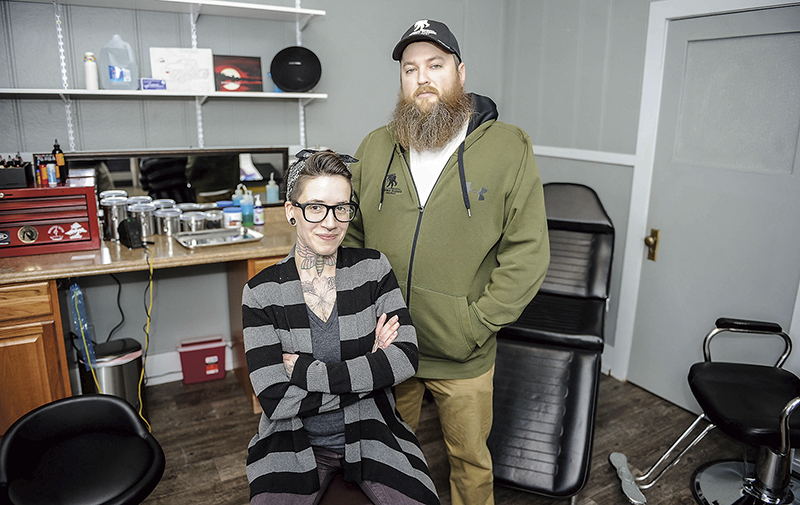 Misty Chastain and Derrick Brooks have formed a unique partnership of through the Warrior Ink Project, which helps veterans through ink therapy. - Eric Johnson/Albert Lea Tribune

AUSTIN — At first glance, Misty Chastain’s Corpus Opus Tattoo — recently opened in Austin — isn’t any different looking than a lot of other shops.

Tucked away in a small pair of rooms on the second floor of Suite 201 at 401 Main St. in Austin, the shop consists of a greeting area and the tattoo area, complete with a chair for customers getting ink done and everything else you would expect from a tattoo shop.

Chastain herself is welcoming and passionate about the work she does and the quality of art she leaves with each subject.

But go one step beyond that and Corpus Opus Tattoo is much, much more. 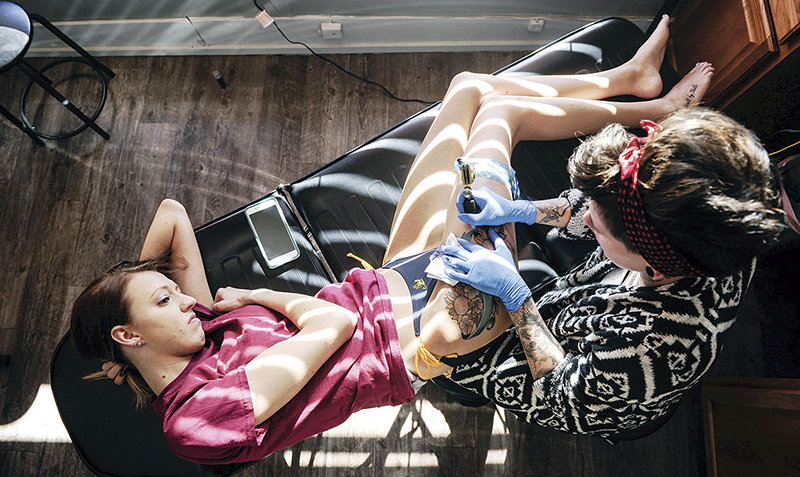 Chastain has partnered with Derrick Brooks, who is the founder behind the Warrior Ink Project, a project that is as much about ink therapy as it is about getting paying customers in the chair.

It’s a partnership that has been as natural as the idea behind it.

Chastain wasn’t originally of the mind to go into tattooing. Owning a small business, sure, but nothing so specific as tattooing.

In her mind, the business would be more of a coffee shop feel.

“I knew I would own my business some day,” she said. “I just didn’t know it would be a tattoo shop.”

Always an artist, Chastain was a bartender before she started inking. It was a friend that turned her on to the possibility of taking up the needle.

“She said a shop had just opened up and said they might be looking for people with an artistic background,” Chastain said. “I didn’t know what to expect.”

Chastain started working in other shops, ultimately setting up a majority of her mentorship at Living Art Studio in Duluth, where she lived previously before moving to Austin 1 1/2 years ago.

“A lot of my mentorship took place there,” Chastain said. “It’s a very nice shop and it’s been around.”

Her journey there led her though a rather bumpy route, but Chastain found the fit was what she was looking for. Another friend helped her make the connection with the shop.

“I had expressed some bad luck with working in other shops,” Chastain said. “They have boundaries. It’s an actual work place with artists. I really admire their work.”

Chastain’s passion for art and tattooing carries over to how she regards and deals with her clients.

She isn’t just about finding some art and putting it on an arm or leg. Chastain believes a tattoo should be a personal project — a piece of art that means something to the person putting the art on their body. 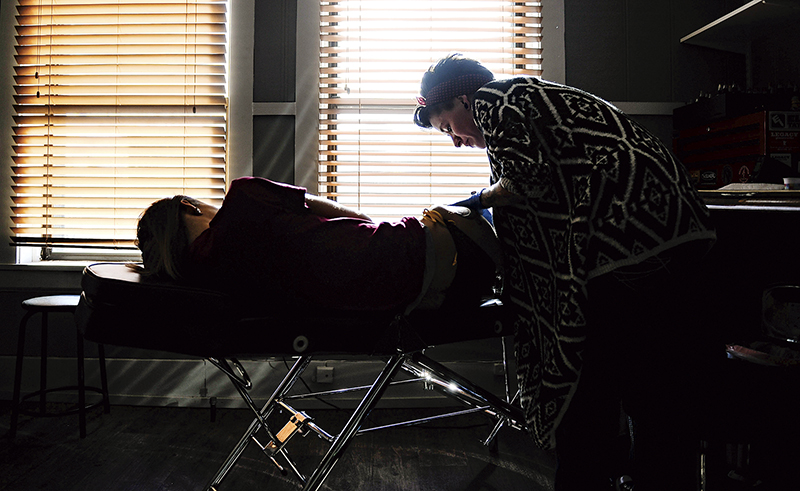 “I’m not in it for the money,” she said. “I do very much care about my clients. I believe in a professional, comfortable environment and quality ink.”

That passion for tattooing carried over easily to Chastain’s partnership with Brooks, an Army veteran who wanted to keep giving back to veterans after his own service.

The two came to know each other when Brooks came to Chastain for work after he became disappointed in the tattoos he received from other shops.

“I saw her work and was blown away,” Brooks said.

As so many of these things go, the Warrior Ink Projected started after the two began getting to know each other.

Brooks’s own ideas for the project came to him after reading an article about tattooing. The article discussed how soldiers would get tattoos to fight melancholy.

Ink therapy, as it was.

It made the connection with Chastain just that much better. 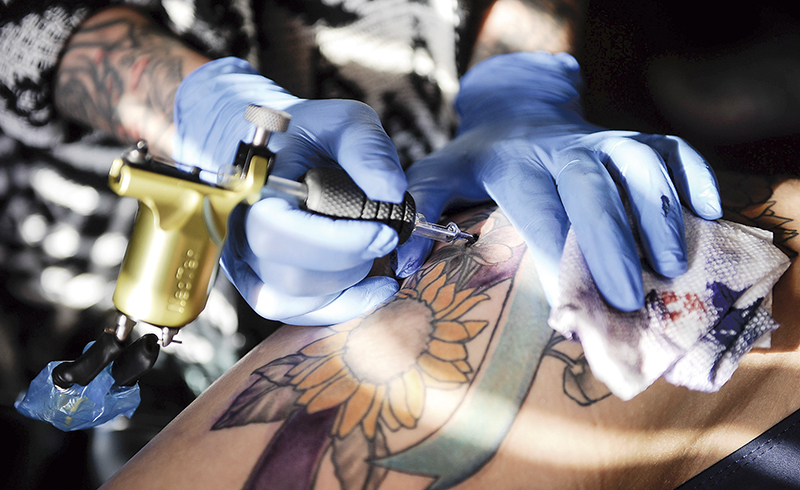 In helping veterans deal with the many issues they can bring back with them — traumatic brain injury, post-traumatic stress disorder and military sexual trauma, to name a few — getting tattoos seemed to be the perfect answer.

As people get their tattoos, the setting becomes natural in terms of just getting into a conversation.

“What a great way to get to know people,” Brooks said. “The vet suicide rate is a big deal. This was another way to reach people.”

Each Sunday, the two host Warrior Sunday where veterans who meet a certain number of criteria  — including being in service, deployment while active, injured and actively involved in the veterans community — can come in and get their tattoos.

It’s part of the unselfish nature that buoys the project.

“Putting a smile on their face, getting them laughing; I feel I did something wonderful,” Brooks said.

The project is currently on hold until the end of the month as Chastain gets Corpus Opus Tattoos off the ground, but both she and Brooks encourage people interested to check out the Warrior Ink Project Facebook page and the website — currently under construction — for more on what they offer. More information on Corpus Opus can be found on its Facebook page, as well.

According to Corpus Opus Tattoos’s Facebook page, the shop is open from noon to 8 p.m. Wednesday through Sunday, and is closed Monday and Tuesday.

As things develop, Chastain will continue to put the customer first, regardless of what motivation lies behind it.

“Tell me of your life, tell me what you’re going through and I’ll draw you a piece you’ll be happy with.”