Dan Hoffman has been selected as interim director of the Center for Agricultural and Food Science Technology at Riverland Community College. Dan brings nearly 40 years of experience in agriculture, education, business and leadership to the position.

Hoffman taught farm business management at Riverland and Southland Public Schools for more than 23 years, earned a master’s of education degree from the University of Minnesota and taught agriculture at Montgomery-Lonsdale High School for seven years. In addition, Hoffman has been the host of the popular PBS television show “Farm Connections” at KSMQ for the past nine seasons. 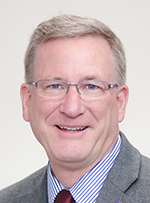 He further demonstrated his commitment to agriculture and its people by serving as the Executive Director of Minnesota Ag and Rural Leadership Program. Most recently Hoffman operated the company he founded, New Vision Consulting, to help farm families reach their goals in transition and succession planning.

“I am honored to be able to serve agriculture, Riverland Community College and this region in further developing the Center for Agricultural and Food Science Technology,” Hoffman said.

In his new role at Riverland, Hoffman has been asked to provide aggressive leadership and program development for new offerings in agricultural and food sciences. Hoffman will coordinate and manage center operations and activities including partnership development, funding, grant seeking, student recruitment and educational outreach. He will also serve as coordinator for the well-established farm business management program. Hoffman will be working on strategic planning and implementation to advance sustainable program growth.

“Dan will be a great addition to focus and lead the work that we have begun in Ag and food sciences at Riverland,” said Kelly McCalla, interim vice president of academic and student affairs. “His extensive background and knowledge of the needs of both the farmers, producers and the related companies and organizations in the farming and food production industries is tremendous.

Dan was born in Austin and grew up on a crop and livestock farm in Mower County near Elkton. He brings a unique mix of work experience, education and knowledge to this position. His appointment began Thursday.

Riverland Community College, a member of the Minnesota State system, is a community college that inspires personal success through education. Approximately 9,000 students are served annually through a wide range of credit-based educational opportunities and non-credit courses. Campuses are located in Albert Lea, Austin and Owatonna, Minn. Riverland may be found on the Internet at www.riverland.edu.