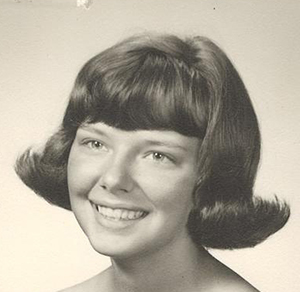 She graduated from Albert Lea High School in 1965.

Her heart belonged with her family and in the south west part of the United States.

Judy was a brilliant artist and created original sculptures from ordinary things you’d find at the hardware store. She was fond of her many collections with her latest being Minions.

Judy and her husband, Saffet, enjoyed perusing second hand stores and were always on the lookout for bargains.

She is survived by her mother, Esther Pagel; husband, Saffet Ozturk; three children,

Judy was preceded in death by: her father, Wilbert Pagel; and infant sister, Susan

She will always be remembered for her quick wit and easy laughter.