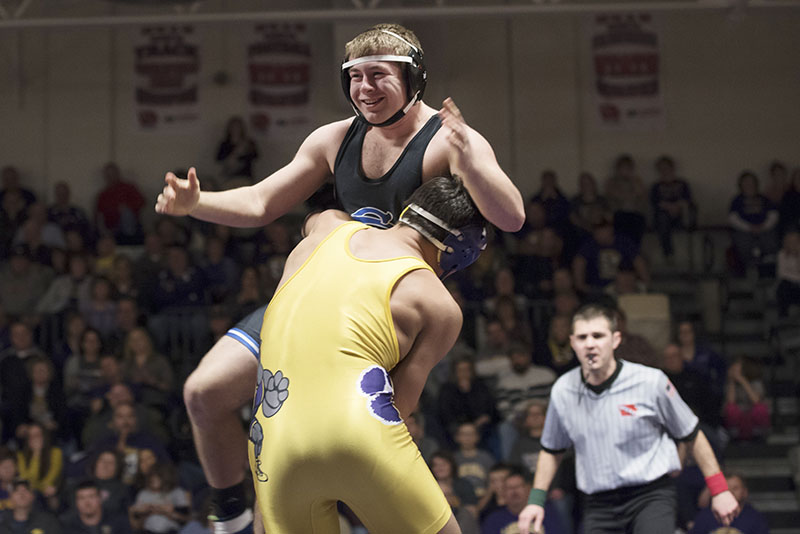 The Lake Mills wrestling team had little trouble during Tuesday’s regional duals to advance to state.

The Bulldogs took down St. Ansgar 56-18 in the regional semifinal, collecting seven pins in the process.

“We got off to a good start against (St. Ansgar) and never looked back,” Bulldogs coach Alex Brandenburg said. “You never know how your team is going to come out of the gate, so this was good to see.”

Central Springs defeated West Hancock in the other semifinal, setting up a rematch from earlier in the year.

The match on Tuesday night wasn’t even close. The Bulldogs dominated from the first match and never looked back as they defeated Central Springs 47-19 to book their trip to state.

In the match, Lake Mills’ Michael Olson picked up his 100th career pin. He became only the third Lake Mills wrestler in school history to hit that mark.

Lake Mills will enter the state tournament with a record of 34-2 and will be the fourth seed. It will face No. 5 seed Logan-Magnolia in the quarterfinals at 9 a.m. on Feb. 15.

“This time, we want to go down there and place much higher, and we feel we have the team to do that,” Brandenburg said.

The state tournament will take place in Des Moines.