ST. PAUL — In statehouses across the country, lawmakers with loved ones who fell victim to drugs are leading the fight against the nation’s deadly opioid-abuse crisis, drawing on tragic personal experience to attack the problem.

A Minnesota state senator whose daughter died of a heroin overdose in a Burger King parking lot — a friend hid the needles instead of calling for help — spearheaded a law that grants immunity to 911 callers. In Wisconsin, a state representative has introduced more than a dozen opioid-related bills in the years since his daughter went from painkillers to heroin to prison. A Pennsylvania lawmaker whose son is a recovering heroin addict championed a state law that expanded availability of an antidote that can reverse an overdose. 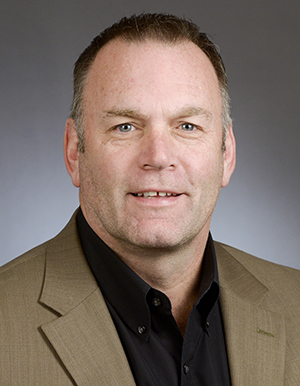 “We’re all here because we have this empty void in our lives,” said Minnesota state Rep. Dave Baker, whose son started out taking prescription drugs for back pain and died of a heroin overdose in 2011.

The lawmakers’ personal stories have lent weight to the effort to combat what public health officials have deemed a full-blown epidemic that is fast approaching the severity of the AIDS outbreak of the 1980s and ’90s.

More than 52,000 people died of a drug overdose in 2015, and roughly two-thirds of them had used prescription opioids like OxyContin or Vicodin or illegal drugs like heroin, according to the Centers for Disease Control and Prevention. Those overdoses have jumped 33 percent in the past five years alone, with some states reporting the death toll had doubled or more.

“It drives what I do,” state Sen. Chris Eaton, a Minnesota Democrat whose daughter, Ariel, died almost 10 years ago, said Tuesday. “It’s a crisis. We’re losing a generation.”

In trying to combat what they see as the reckless overprescribing of opioids, lawmakers are up against powerful adversaries. A joint investigation by The Associated Press and the Center for Public Integrity last fall found that pharmaceutical companies and allied groups spent more than $880 million nationwide on lobbying and campaign contributions from 2006 through 2015.

The industry group Pharmaceutical Research and Manufacturers of America said in a statement Tuesday that it is “committed to helping combat misuse and abuse” of prescription drugs.

Wisconsin Rep. John Nygren’s daughter, Cassie, suffered a heroin overdose in 2009 and has been in and out prisons, jails and drug court.

“Drug addiction was never in my world,” said Nygren, a high-ranking Republican who has shepherded countless measures into law.

Among them were laws that require people to show identification when picking up opioid prescriptions, provide immunity for those who report overdoses, and allow police and paramedics to carry naloxone, the overdose antidote better known as Narcan. Similar laws were passed in Pennsylvania, written by Rep. Gene DiGirolamo, a Philadelphia-area Republican whose son is a recovering heroin addict.

Governors are telling their personal stories from the bully pulpit, too.

Maryland Gov. Larry Hogan launched his long-running effort to curb drug addiction and deaths by revealing that his cousin had died of a heroin overdose. New Jersey Gov. Chris Christie has devoted his final year in office to curbing his state’s rapidly growing heroin and prescription drug epidemic, citing the case of a friend from law school who was found dead with a painkiller bottle at his side.

Christie said his friend fell into a haze of addiction that started with a simple back injury.

“I sat at his funeral with our friends and helplessly watched his family grieve. I thought to myself, ‘There but for the grace of God go I,’” Christie said. “It can happen to anyone.”

In that January speech, Christie called for such measures as a five-day limit for first-time opioid prescriptions and a requirement that insurance cover six months of substance abuse treatment. Last week, he signed them into law.

Increasingly, state legislatures are looking at prescription painkillers as the start of an addiction that can lead to heroin or other drugs and, eventually, death.

Baker and fellow Minnesota lawmakers want to take the fight directly to pharmaceutical companies, proposing legislation Tuesday that would charge manufacturers a 1-cent fee on every milligram of opioids they sell.

The measure is projected to raise an estimated $20 million or more to support addiction programs and public awareness efforts.

The pharmaceutical industry group called that proposal a “burdensome and arbitrary tax that would not help those struggling with addiction, but would jeopardize patient access.”

Minnesota lawmakers fear a backlash from giving themselves a…