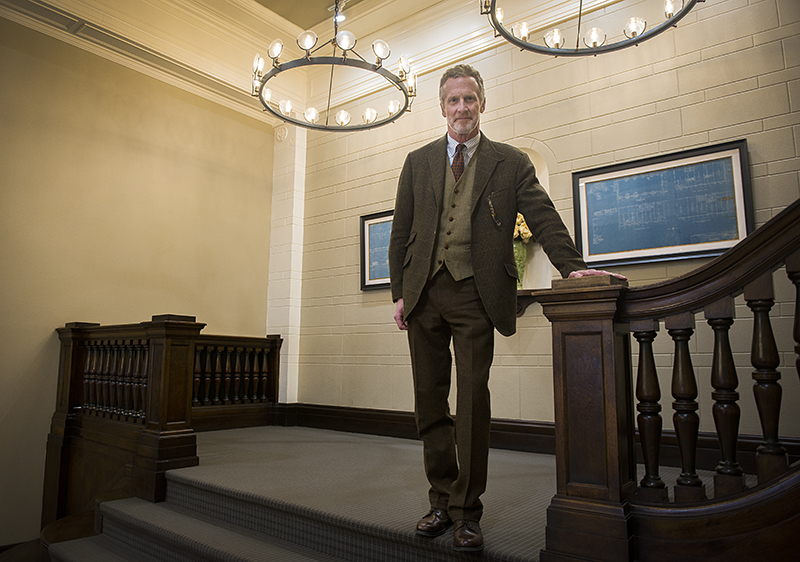 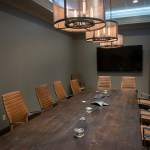 Intellicents has a conference room on both the first and second floors of its building at 100 N. Broadway in downtown Albert Lea. Colleen Harrison/Albert Lea Tribune 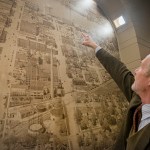 Brad Arends points out local landmarks in a wall mural of a 1945 photo of Albert Lea that’s on display in a hallway of Intellicents. Colleen Harrison/Albert Lea Tribune 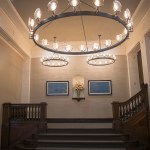 A number of renovations and restorations were done to the building Intellicents now occupies at 100 N. Broadway in downtown Albert Lea. Colleen Harrison/Albert Lea Tribune 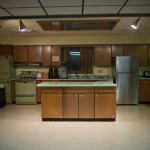 A set from when the former Albert Lea power company used to film a television show in the basement of the building Intellicents now occupies remains intact. The company only replaced the refridgerator that was no longer on the set when it bought the building. Colleen Harrison/Albert Lea Tribune 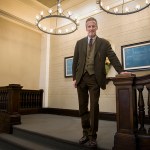 An Albert Lea financial company is operating under a different name but the same philosophy.

The name change was made after Alerus Financial purchased the employee benefit administration and record keeping of Alliance Benefit Group North Central States in 2015.

“When we sold that division to Alerus, we could have kept the name Alliance Benefit Group, but we knew that it had a brand that did not represent us anymore, and we knew within a year we were going to change our name,” said Brad Arends, CEO of intellicents.

Custom target date funds are available to help clients as they invest and plan for retirement.

Intellicents, which has an office in Kansas City, Missouri, and Eden Prairie, hopes to expand satellite sites to cities such as Des Moines, Sioux Falls, South Dakota, and Duluth. Albert Lea jobs will not be exported to those sites, Arends said.

The name change was done in a planned rollout.

“We took our time, and I think we did it right,” Arends said.

The intellicents building, 100 N. Broadway, has undergone extensive renovation over the last year. It was the former home of Alliant Energy.

Windows have been replaced, and work has focused on the building being conceptual, yet true to its roots, Arends said. A staircase was refinished and work has opened more space.