Love of cars is more than a job for Ellendale man 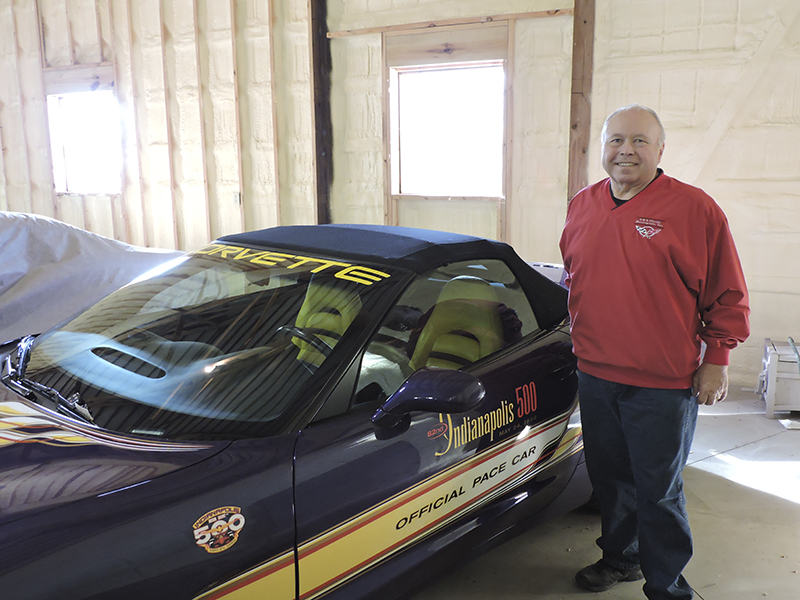 Steve Stadheim doesn’t consider his work with S&S Classic Motorsports a job. To him, it’s a hobby. He loves restoring vehicles including Camaros, Chevelles and Corvettes. - Kelly Wassenberg/Albert Lea Tribune

ELLENDALE — Most people would consider doing something for 40 hours a week a job. Retired farmer Steve Stadheim of Ellendale calls it a hobby.

“I’ve always been a farmer, but I started restoring cars when I was very young,” Stadheim said. “It’s just a hobby that I’ve done my whole life. I’m 70 now, and I’m still doing it.”

Stadheim has owned and operated S&S Classic Motorsports with his wife, Doris, and son, Darrin, since 2002. While his son isn’t necessarily involved in the day-to-day operations of the business, his wife handles telephone calls and paperwork, allowing Stadheim to dedicate more of his time to car restoration projections.

“I have one car left that I’m going to fully restore, but (after that) I’m done with the complete restorations,” Stadheim said.

His hobby is far from over, though. When it comes to working on classic cars, including Corvettes, Stadheim said, “I will do it until I can’t do it anymore.”

In the past he has done complete restoration using subcontractors to help with engine, transmission and auto body work. Stadheim would strip a car down to its chassis, or frame, and put it back together himself — sometimes for others and sometimes for his business.

Now he plans to continue to work on projects of his own choosing, which will then be stored in his warehouse until they can be sold.

“I prefer to buy the cars where it needs just a little work or if it’s just an older restoration that needs to be freshened up,” Stadheim said.

Instead of going to auctions, people are coming to him with their used classics.

“Now it’s all word of mouth. People call me with cars for sale,” he said. “And you’d be surprised what’s around here.”

While his cars are often locally sourced, his cars can be found far and wide. Thanks to the internet and national publications his cars are listed in, including the magazine Autabuy, Stadheim has sold cars throughout the country and has even had some shipped overseas.

For Stadheim, it’s a labor of love that provides a great service to others. He said he loves helping someone find their dream car. Better yet, he likes helping people decide what they want.

“Many people know they want a Corvette, but they don’t know which one,” he said.

Corvette has had several different body styles through the years, many of which Stadheim keeps on hand. He’s able to show customers each of the styles and help them decide which one is right for them.