Minneapolis protest is second in Twin Cities since announcement 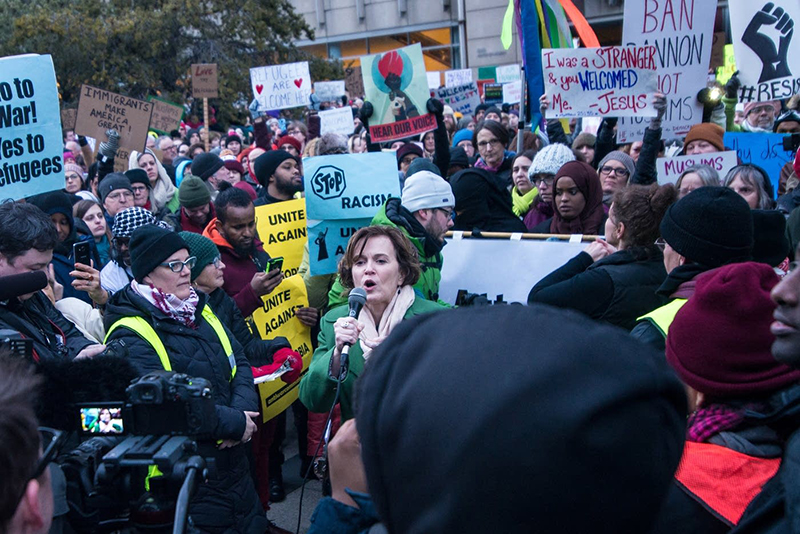 It was the second large protest of the immigration order in the Twin Cities this week. On Sunday, some 1,000 people rallied against the action at the airport.

The event started in front of the federal courthouse at about 4:30 p.m. Among the speakers there were Minneapolis Mayor Betsy Hodges and Jaylani Hussein of the Council on American-Islamic Relations-Minnesota.

“We will stand on our principles and we know we can do it because you are standing here with us,” Hodges told the crowd.

Just after 6 p.m., the group moved and marched down Hennepin Avenue. There appeared to be at least 5,000 people in the crowd. They eventually wound up back by the federal courthouse.

Most of Minnesota’s congressional delegation has spoken out against the order, which includes a 90-day ban of refugees from Somalia and six other countries.