Minnesota lawmakers fear a backlash from giving themselves a raise

ST. PAUL — Want to complain to your legislators about wage stagnation? Chances are they’ve gone just as long — maybe longer — without a raise.

Although most state legislatures have direct control over setting their own salaries, the potential backlash from constituents poses a daunting deterrence — particularly at a time when private sector pay barely keeps up with inflation. 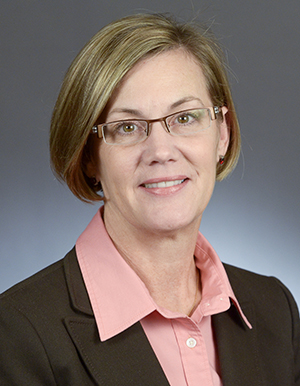 Missouri legislators rejected an increase in January after sometimes heated debate, extending their streak without a pay raise to more than a decade. Legislatures in Minnesota and New York haven’t hiked pay for nearly 20 years. Connecticut lawmakers, who earn just $28,000, have actually proposed cutting their own pay.

It’s a record that may be turning away some qualified candidates who can’t afford the government jobs.

Kim Norton, a Minnesota Democrat, said she decided not to seek another term in the state House, and the $31,000 salary was a factor.

Norton described struggling with her children’s college costs and having to put down extra money on a mortgage because her employment was only guaranteed for two years. Still, pay increase proposals only came up a few times during her 10 years in the House, partially because lawmakers feared backlash.

“It was frustrating as a legislator being afraid to defend myself,” Norton said.

Mary Liz Holberg, a Minnesota Republican who was chair of the state’s powerful Ways and Means committee for two years, left the Legislature after the 2014 session and immediately ran for a higher-paid county commissioner position.

At least 20 times in a tight budget year, Holberg slept on her Capitol office couch because she was too tired to drive home. Though she didn’t say pay was one of the reasons for leaving the Legislature, Holberg acknowledged how grueling of a commitment it is.

“You just kind of get used to it and until you get out, you don’t realize how all-consuming it is,” she said.

Per capita income for Americans has gone up a little more than 6 percent in the past decade, according to the U.S. Census Bureau. Over that period, 18 states haven’t increased legislator pay. It’s a reason why in Minnesota, like Holberg, at least four lawmakers have quit the Legislature in the past five years to run for county commissioner spots.

People often wrongly presume legislators make as much as members of Congress, who earn nearly $175,000 a year, said Zachary Baumann, a lecturer in political science at Penn State. The reality is they make much less, especially for smaller, part-time legislatures such as Nevada, Kentucky and six other states where lawmakers get no salary at all but only a daily expense reimbursement.

Even when legislators are willing to risk raising their own pay, it’s not easy. Massachusetts lawmakers approved a raise by a wide margin in January, only to have Republican Gov. Charlie Baker veto it after citizens complained. Legislators quickly overrode his veto.

Missouri Republican Sen. Jay Wasson argues pay raises are not always an appropriate move, especially when the budget is tight. Though he isn’t completely opposed to pay raises, Wasson said he would prefer a system like Florida’s that raises lawmaker pay alongside state workers.

A few states don’t leave legislators to determine their own pay. Minnesota voters this past fall approved a system to have a citizens’ commission set pay. California and Washington use a similar system, and since 1990, Californians have raised lawmaker pay 11 times.

Tom Dalzell, chairman of the California Citizens Compensation Commission, said the group has focused on using data to determine pay and taking emotion out of it.

Norton, the former Minnesota legislator, can relate to that. She says she felt constituents were taking their anger out on other subjects when they vocally opposed pay increases.

“I don’t think legislators should get rich,” she said. “But they should be able to live an average lifestyle.”