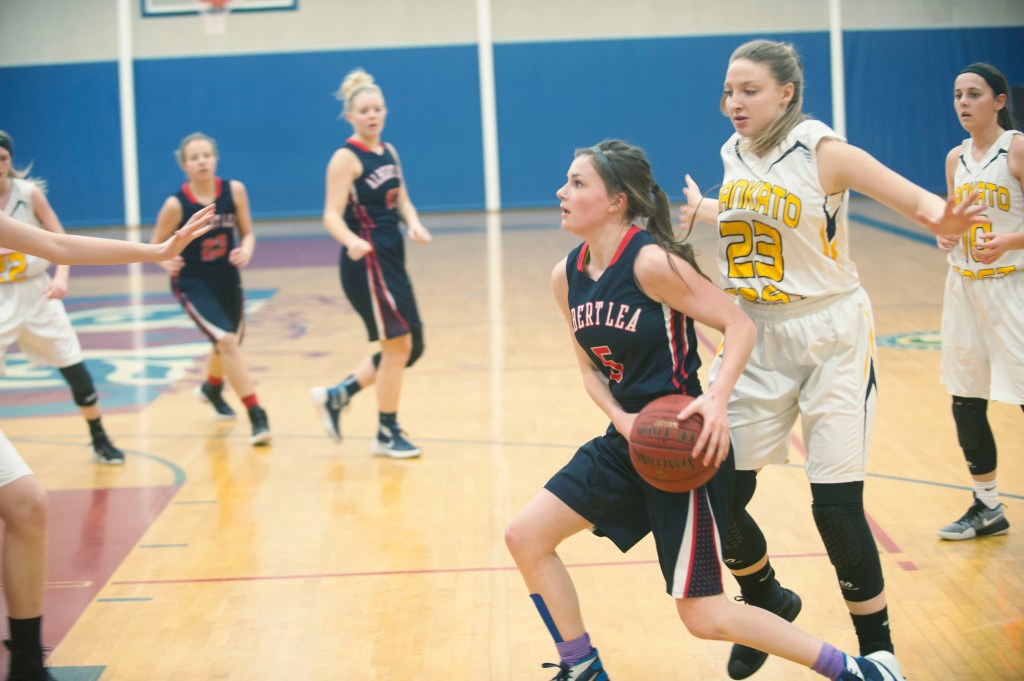 Albert Lea guard Rachel Rehnelt drives to the hoop in the first half Tuesday night. She scored 19 points to lead the Tigers. Jarrod Peterson/Albert Lea Tribune

After a stellar first half, Albert Lea’s offense went cold in the second half Tuesday night against Mankato East.

Albert Lea started out well. It built a 4-0 lead and held the lead for the majority of the first half.

Rachel Rehnelt led the Tigers’ offense early on and went through a stretch where she scored 12 straight points. 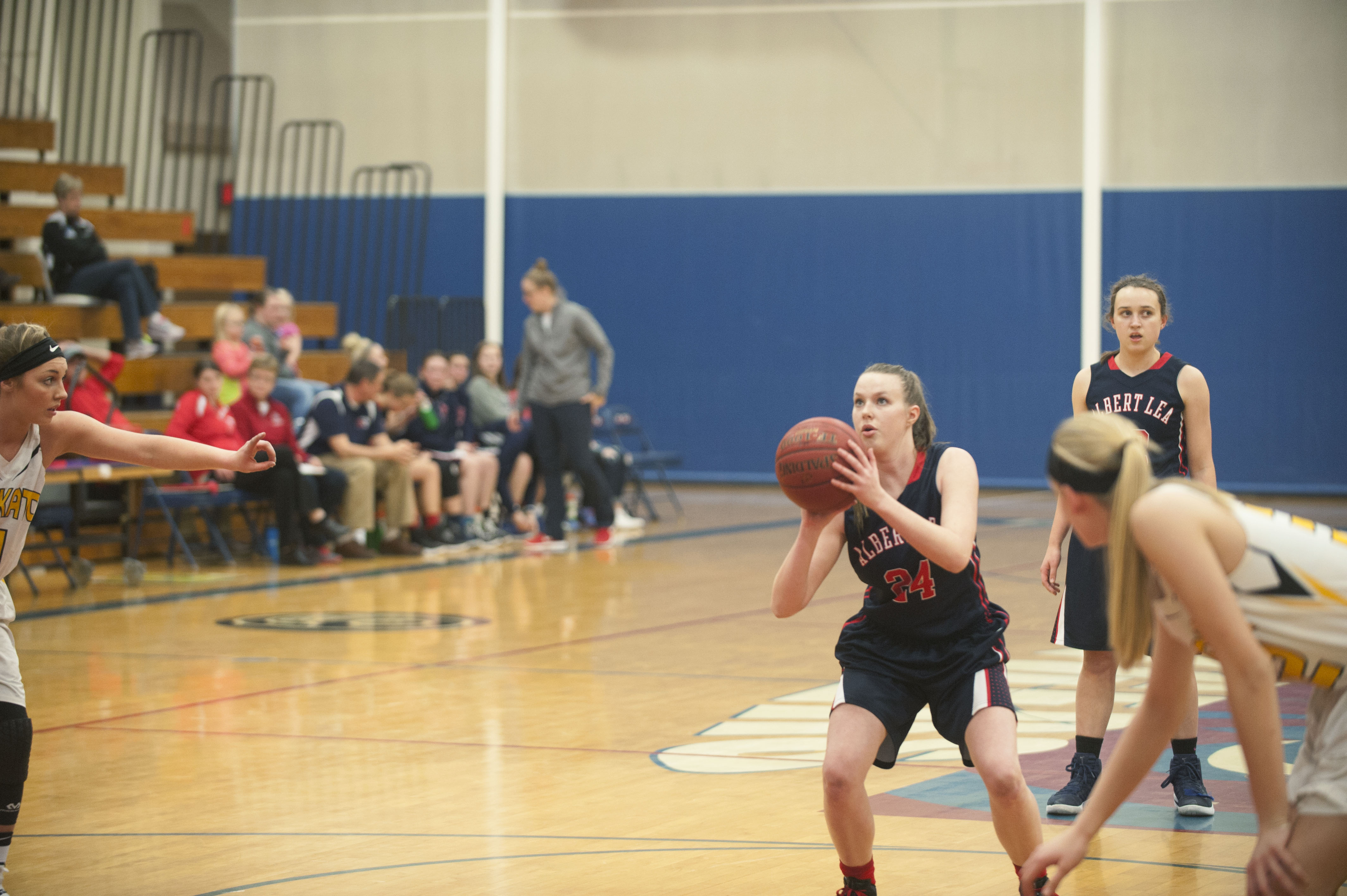 Albert Lea’s defense was also playing at the top of its game. The Tigers allowed the Cougars to make just five field goals through the first 12 minutes.

The tide started to turn toward the end of the first half, though.

Down 14-11, Mankato East ended the half on a 15-8 run, capped by a buzzer-beater from Shayla Karge, who scored seven points during the run.

Things took an ugly turn for Albert Lea’s offense in the second half.

The Tigers were held scoreless through the first 8:06 of the half. Turena Schultz hit a free throw to snap the skid, but Mankato East had built a 15-point lead and would not look back.

The loss sent Albert Lea to a record of 2-22 on the season.

The Tigers will have their last home game against Mankato West on Thursday.