Rally comes up short for Tigers against Falcons 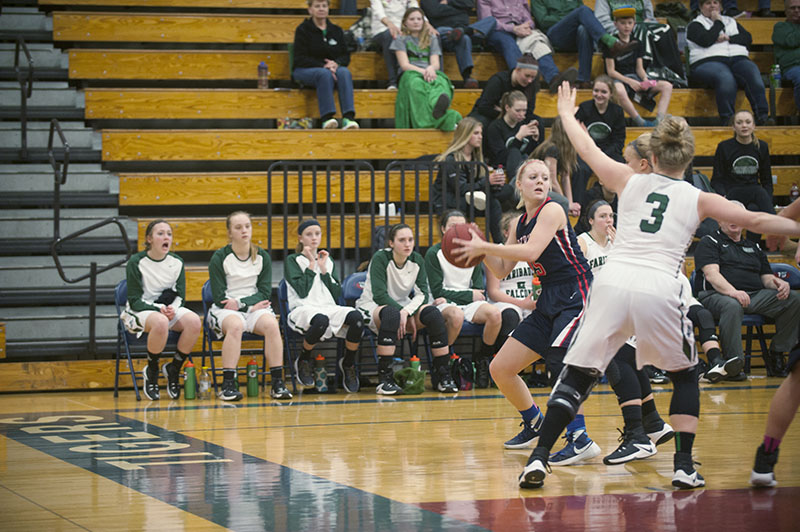 It was a tale of two halves for the Albert Lea girls’ basketball team Friday night.

In the first half against Faribault, the Tigers scored only 10 points and were whistled for 11 fouls.

The second half was a much different story. Albert Lea got its offense clicking and the defense held the Falcons scoreless for a good portion of the half. Still, that wasn’t enough for the Tigers to get their third win of the season as they fell to the Falcons 46-30.

Albert Lea found itself down 5-3 early on, but Faribault used a 6-1 run to lengthen its lead to 11-4. Both teams entered the bonus early on in the half. Twelve fouls were called in the first six minutes and 16 fouls in the first 10 minutes.

Faribault built a 21-5 lead before Albert Lea’s Rachel Rehnelt buried a three-pointer. The Falcons ended the half on a 9-2 run to go up 20 points at halftime.

Albert Lea came out more focused in the second half. Turena Schultz drained a three, then Rehnelt converted on a three-point play. Schultz then hit a free throw and Rehnelt hit back-to-back threes.

With Faribault stuck on 35 for most of the half, Albert Lea cut the lead to 13 points. The Tigers would get even closer with a Rehnelt free throw and a hoop from Samantha Skarstad.

But that’s as close as Albert Lea would get the rest of the game. Faribault found some late offense and Albert Lea went cold from the field over the final five minutes of the game.

Rehnelt finished the game with 15 points to lead the Tigers. Skarstad and Schultz each scored four points.

It will begin a two-game homestand starting with Mankato East on Tuesday.