Memorial services for Robert “Bob” Hacker, 83, of Albert Lea will be at 11 a.m. Thursday at Salem Lutheran Church. The Rev. Elizabeth Endicott will officiate. Interment will be at a later date. Military honors will be accorded by local servicemen’s organizations. Visitation will be  from 4 to 7 p.m. Wednesday at Bayview/Freeborn Funeral Home and one hour prior to the service at the church. Online condolences are welcome at www.bayviewfuneral.com. 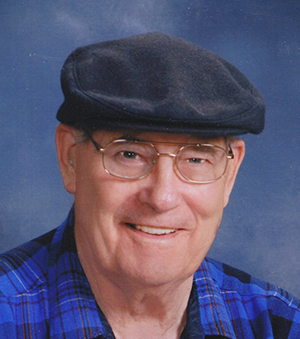 Robert Hacker was born March 12, 1933, in Iowa, the son of Max and Mabel (Johnson) Hacker. He grew up and attended school in rural Emmons. After school, Bob enlisted in the U.S. Army, where he served in the Korean War.

After his discharge, Bob was united in marriage to Mary Heather Oct. 16, 1955, at Salem Lutheran Church in Albert Lea. He worked in the paint department at Queens until it closed.

Bob then worked at Lou-Rich. He was a member of the Eagles, Veterans of Foreign Wars and Emmons Legion, serving as commander. Bob liked going to the lake, fishing, hunting and gambling with his friends. He enjoyed time spent with his grandchildren and the children at Linda’s daycare.