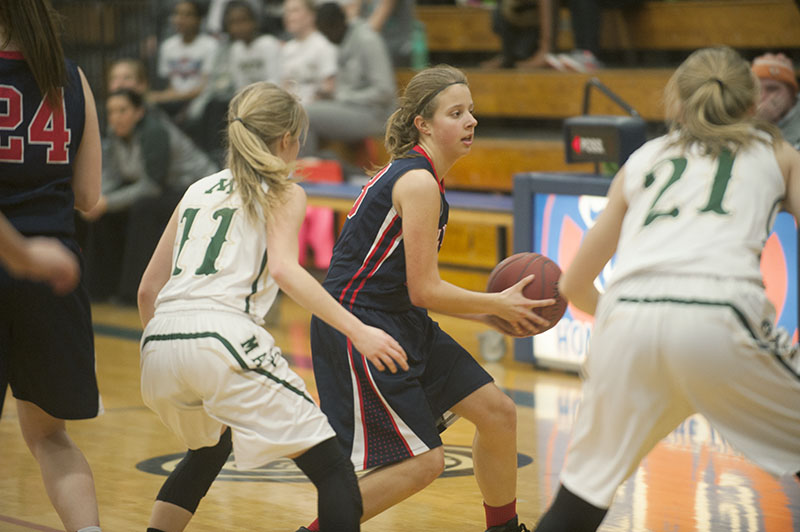 Albert Lea’s Samantha Skarstad looks for a teammate to pass the ball to in the second half Tuesday night. Jarrod Peterson/Albert Lea Tribune

It was another tough night for the Albert Lea girls’ basketball as it hosted Rochester Mayo on Tuesday night.

The Tigers scored just 10 points in the first half as they fell to the Spartans, 61-25.

Stats were not reported for the game.

Rochester Mayo came into Tuesday’s game with the third-best record in the Big Nine Conference at 11-3.

Rochester Mayo is now tied with Owatonna at 12-3 and in second place.

Freshman guard Turena Schultz was a bright spot for the Tigers in the second half as she nailed a couple of 3’s.

The loss was the second in a row for the Tigers after they beat Rochester Century on Jan. 31.

The Tigers are 1-16 in the Big Nine Conference.

It will hit the road for two consecutive road games against Red Wing on Thursday and Winona on Tuesday before coming home to face Faribault, Mankato East and Mankato West. The Tigers will play Stewartville in its last game of the regular season.