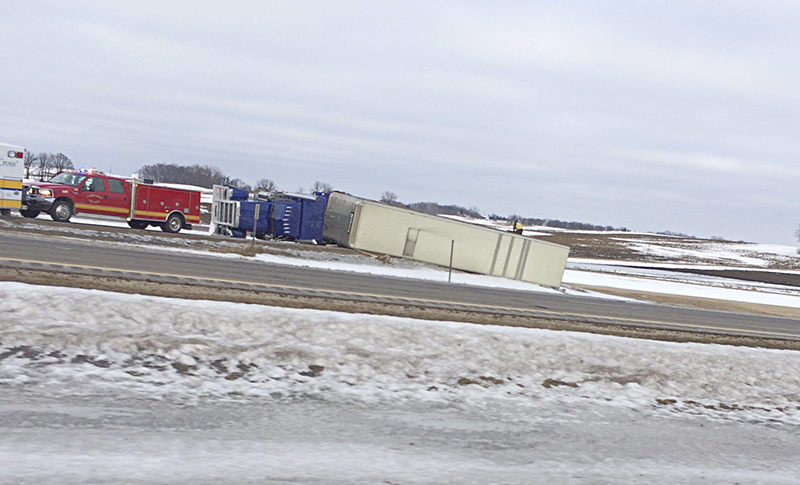 A semi full of pigs was reported rolled over at about 3:30 p.m. Tuesday at the intersection of interstates 35 and 90.
According to a press release, the driver of the semi was Dustin Dewild, 26, of Orange CIty, Iowa. Dewild was transporting 2,400 piglets for Riggs Trucking out of Magnolia. – Sam Wilmes/Albert Lea Tribune