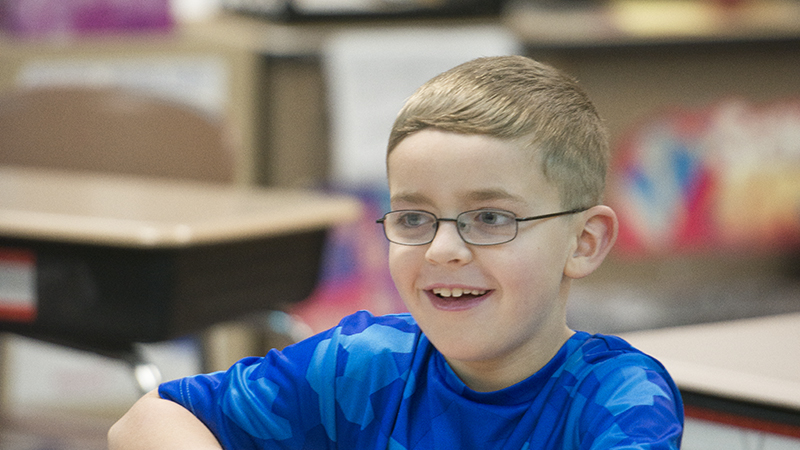 Anyone can be an everyday hero.

That’s the thinking behind the everyday hero program at Sibley Elementary School that has steadily gained momentum since its introduction.

Diane Schultz, in her second year as the school’s principal, said the program was introduced last year. When it didn’t have much momentum initially, Schultz said the school staff took it upon themselves to make it more prominent this school year.

The program entails students getting nominated for good deeds by fellow students and teachers. Schultz said some of the deeds have ranged from helping others pick up their things, shutting lockers and being consistently prepared for reading time and other assignments. Nominations are made by filling out everyday hero cards, which are then submitted to Schultz. Schultz reads the nominations out during morning announcements, and then either emails or calls the nominees’ parents to share the good news. 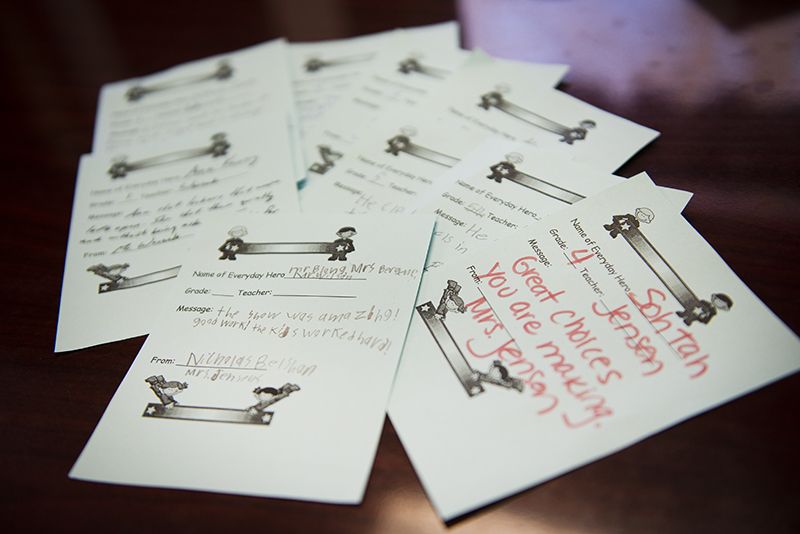 Students along with teachers and other Sibley Elementary School staff can nominate someone at the school as an everyday hero by filling out a card and turning it into school principal Diane Schultz. – Colleen Harrison/Albert Lea Tribune

Schultz said the students love hearing their names read over the intercom, and said the opportunity to communicate with parents and guardians about positive topics helps strengthen the partnership between home and school. She said the communication makes it so that talks with the principal aren’t automatically associated with negative reasons.

“It’s nice to connect in a positive way,” Schultz said. “It’s just a fun way to connect with people.”

She said the parents’ reactions are always proud, and she is glad to see that so many students are excited to be named everyday heroes.

Schultz said the average amount of nominations varies from day to day; some days she’ll only receive a handful of nominations, and other days the submissions box will be stuffed full.

In meetings for the building’s leadership team, she said there have been some brainstorming sessions on how to expand and build upon the program. They’ve considered putting the nominations into one big drawing in the future for prizes, such as lunch with the principal. Schultz said they want the students to be intrinsically motivated to do good, not just because they think they’ll get something in return. She said the staff is looking to find a balance where students get rewarded for going above and beyond, but also realize that they’re expected to do well and do what they’re supposed to.

“To make us good people we don’t always need a reward,” she said.

Schultz said the program is part of the building’s “vision in mission” — part of an initiative started to get everyone in the building on the same page. Schultz said the initiative looks to build consistency throughout the school and build on logical consequences for students. The staff has different lesson themes each month, dealing with important topics such as respect, safety and responsibility, among others. Parents were given handbooks at the beginning of the school year to help coordinate the school’s mission so that those lessons could resonate with students at home, as well — and again building on the school’s strive for consistency.

According to Schultz, the ultimate goal is to work on how everything ties together, bringing the subject at hand back to keeping children’s best interests at heart.

“Communication is key,” Schultz said. “What are we doing that’s best for our kids?”