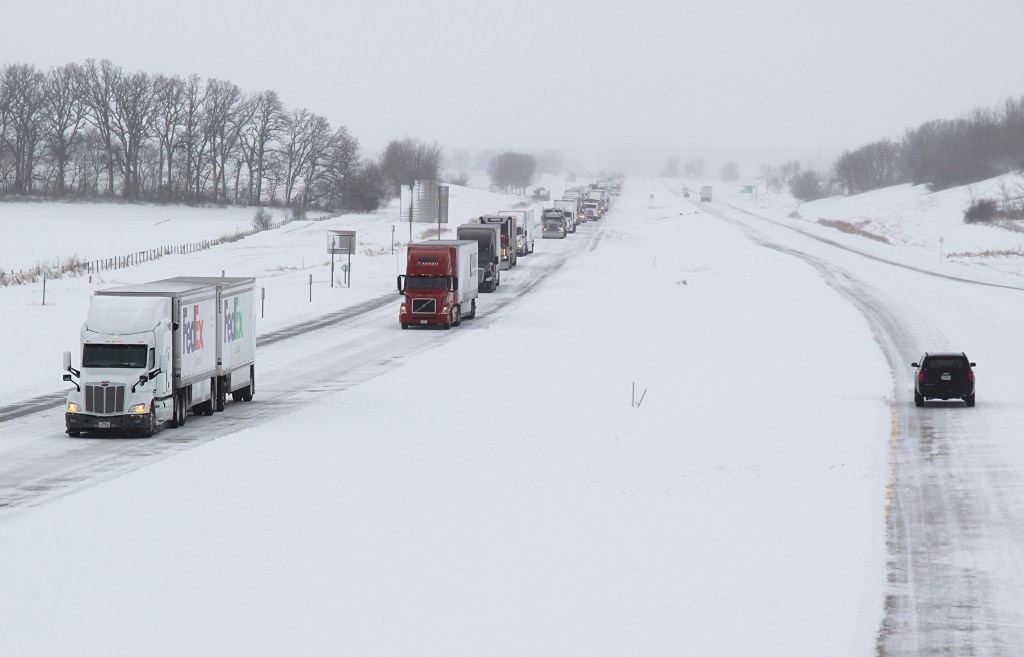 By Sarah Stultz and Sam Wilmes

A major winter storm has dumped a foot of snow on Albert Lea as of this morning, according to measurements taken at the wastewater treatment plant, and more is expected to fall today.

The National Weather Service has forecasted an additional 3 to 7 inches in daytime accumulation today, and the area remains under a blizzard warning until midnight.

The storm lead to the closure of all area schools today, at least a half dozen cars stuck in ditches, jackknifed semis and a few car crashes. 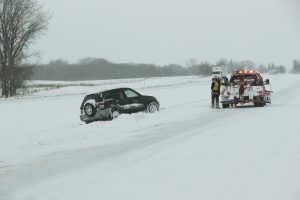 A vehicle is pulled out of the ditch on southbound Interstate 35 Friday morning. Sarah Stultz/Albert Lea Tribune

Shannon M. Rinehart, 20, was transported to Mayo Clinic Health System in Albert Lea with an injury deemed not life-threatening after a crash on an icy patch of Interstate 35 in Albert Lea.

Max Jarrett Dirks, 19, of Casey, Iowa, was driving a 2004 Dodge Dakota south on I-35, north of U.S. Highway 65, when the vehicle lost control, slid off the road and hit a guardrail at about 8:30 p.m., according to the Minnesota State Patrol.

Dirks was not injured in the crash.

Alcohol was not a factor in the crash, and Dirks and Rinehart were wearing their seat belts, the report states.

The Minnesota Department of Transportation at 8 a.m. today lifted its no travel advisory in southeast Minnesota, but advised motorists to travel at slow speeds because of drifting snow and compacted highways.

Travel speeds on highways this morning were about 35 mph.

Motorists are advised to check road conditions and weather warnings before traveling. Conditions and images from traffic cameras is available at 511mn.org.