The outdoors can have a lasting effect on youth 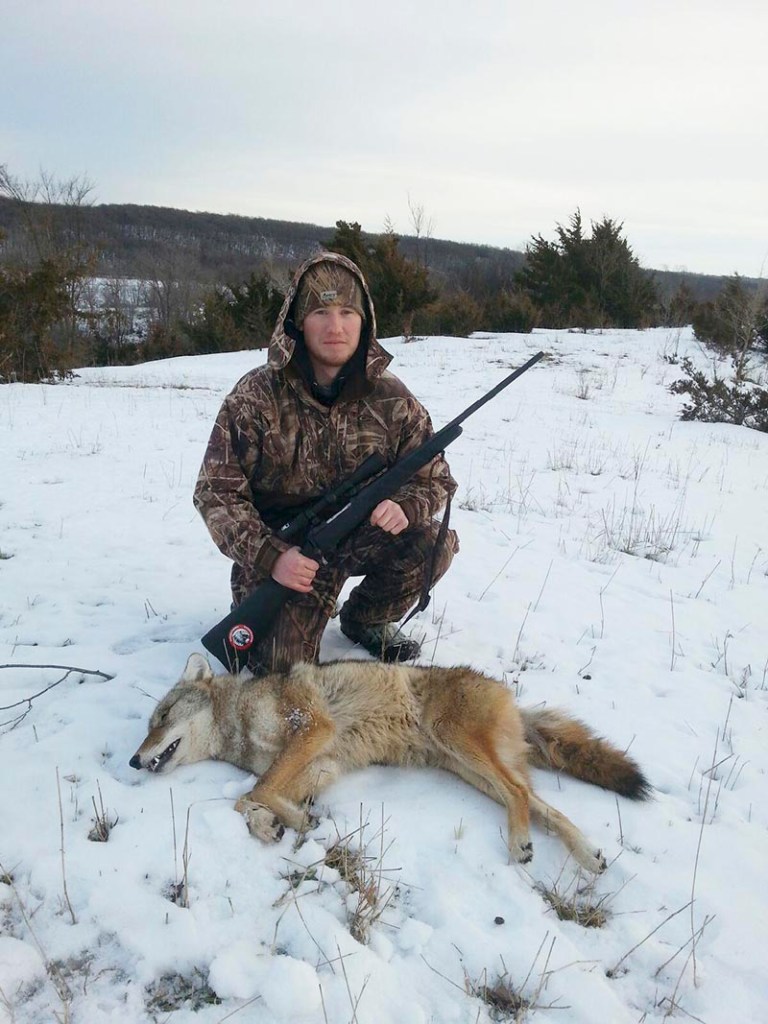 Trevor Herfindahl poses for a photo after shooting a coyote on Jan. 31 in Jackson. Provided

Just the other day, I was thinking back to the time when the grandsons were little kids and just getting interested in hunting and fishing. I actually started a tradition that involved giving each of them a Red Ryder BB gun on their eighth birthday. Trevor, the oldest, was naturally the first one to receive a gun from Grandpa. As each one of them reached his eighth birthday, I would give them the same gift. I don’t believe there is a better starter gun than the old Daisy Red Ryder BB gun.

When it came to fishing, I would often let the kids pick a lure or two from my tackle box that I would let them keep. It always made me feel good whenever one of them would catch a fish and then remind me the lure they had used was one I had given them. It is kind of funny how when I would go fishing with a few friends, my competitive nature would come to the front and I always wanted to catch fish. This sort of changed after my two sons were old enough to go fishing with me. What was important to me a few years earlier all of a sudden didn’t seem to matter, because I began to get more satisfaction out of seeing my boys have a successful fishing trip than I did myself.

As my grandchildren became interested in fishing, my satisfaction came in putting them places where they could be the ones doing the catching and I would be kept busy untangling lines, baiting hooks or taking fish off. It’s funny how it didn’t seem to take long before they were baiting their own hooks, taking off and cleaning their own fish. My only real disappointment would be when one or two of them didn’t catch much while the other ones were catching one after another — I guess I always wanted things to be equal.

My son, Brian’s boys, Trevor, Taylor and Grant, all liked to fish, but Trevor is the only one of the three who has taken it to the next level. He and Taylor went north to the cabin with me for quite a few years while Grant, the youngest, also liked to fish but wasn’t overzealous about it. Their cousin, Dylan, Brad’s son, is fairly close to Trevor where time spent fishing is concerned.

All four of the boys like to hunt but, once more, it is Trevor who leads the pack in not only hours spent hunting, especially waterfowl, but also in success. Dylan was the first one of the boys to bag a coyote, which he did last winter, and Trevor just shot one on the last day of January this year.

I often like to reminisce about the many summers spent at the cabin with the boys and the fun they have had catching fish in our small lake. It has, over the years, produced some mighty nice perch, crappie and bluegill. If I close my eyes and daydream just a little, I can hear the sound of the boys as they would come running up the hill while excitedly yelling “Grandpa, look what we caught!” Yes, that little lake has provided the boys with some good fishing in the years they were growing up. The important part was that the kids caught fish at an age where they could easily be distracted by electronic devises that make fishing look like work instead of fun. I am glad I had an influence on them at an early age and they all liked, and still do like, sports that involve spending time in the outdoors.

A fall fishing/hunting trip to the cabin also has some good lasting memories for this outdoorsman. For a few years when Brian’s boys were all in school, my Brian, his boys and myself would venture north over MEA for a little fishing, duck and grouse hunting. I did not partake in the duck hunt, but I did fish. I would get up early with the rest of the guys and I  would stay in the warm cabin and prepare breakfast while they ventured across our little lake to their duck blinds. Whenever I would hear shots, I could pretty much figure one of them was bound to have a story or two to share with Grandpa and a duck or two to brag about. All three of Brian’s boys have shot a grouse on these fall hunts, which eventually brings us back to the equal thing.

Dylan has ventured to the cabin with me in the fall on a few different occasions. Our trips were strictly fishing for northern pike and, for the most part, we were pretty successful. On our last fall trip, Dylan caught his largest pike ever on a little lake just a couple of miles from the cabin. We fish this lake quite a bit during the summer and fall, and while there are no walleye in this lake there are panfish, some nice pike and big bass. What else could one ask for?

Until next time, any time is a good time to introduce a youth to the sports of fishing and hunting, all while spending time in the great Minnesota outdoors. A good outdoors experience can last a youth a lifetime.